Back to The Messenger

From the Tower of Time HQ place all the Keys in the slots behind the Music Box. After a small cutscene you’ll enter into the Music Box for the final level.

There are no Power Seals or collectibles to get for this level so the path through to the end is fairly linear. You’ll need to use all the skills you’ve learnt along the way to get through some of these rooms. Luckily there are 10 Shops along the way so if you die you won’t be sent too far back. Watch the video above if you’re not sure how to get past a particular section.

Once you reach the final Shop head to the right and you’ll find the Phantom. For the first attack he’ll hit a pink ball at you. Hit it back like you’re playing tennis and it will go faster and faster. If you miss it will explode and you’ll take damage. 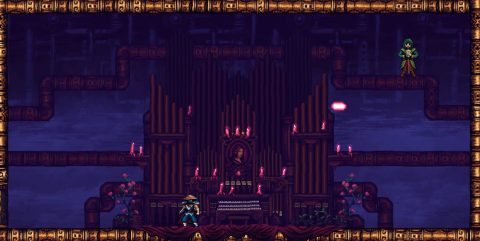 For his other attack he’ll disappear and the screen will split into 8-bit and 16-bit. Stay in the areas of 8-bit and avoid the pink electricity. 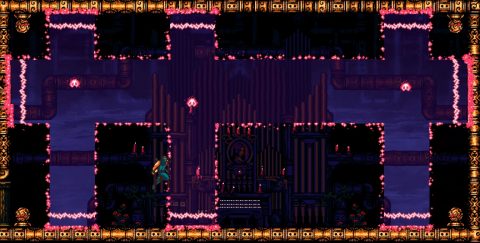 Once the Phantom starts to get low on health he has 2 other attacks. The first is that he’ll clone himself and spin around in a circle. Hit the true Phantom a few times and the clones will disappear.

His final attack is that he’ll sit at the organ and summon a mask. The mask will shoot out lasers. You’ll need to rope dart around the mask to avoid getting hit by the lasers. As you run pas the Phantom you may be able to get in an extra hit or two. 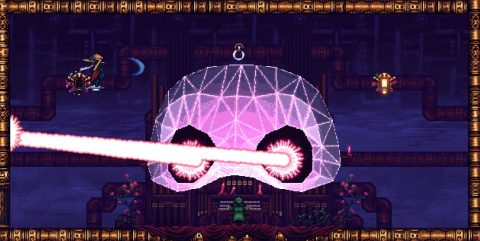 After you’ve defeated the Phantom the Messengers will join forces. When the laser shoots out tap the A button to defeat the Mask one final time.

Congratulations on completing The Messenger!

Back: Key of Courage