Tomb Raider: The Angel of Darkness 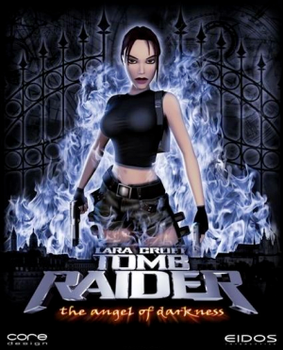 Tomb Raider: The Angel of Darkness is the sixth in the series and once again follows Lara as she is suspected of killing her former mentor, Wernor Von Croy. The game takes place through the city streets of Paris and Prague as Lara evades capture and searches for the true culprits, a black magic cult.

Angel of Darkness has a different feel than its predecessors and has vastly improved graphics. Lara learns a few new moves including stealth sneaking, hiding behind walls and the army crawl.

The movement mechanics have been changed slightly which can take some getting used to if you played the earlier games. New weapons include the K2 Impactor Stun Gun and the Upgraded Shotgun.

The PC and Mac versions of Angel of Darkness both have the ability to customize the controls. Go to the ‘Options’ menu and choose ‘Controls’ to change them. In some levels throughout the game you’ll play as Kurtis. The controls for him are essentially the same.

Movement – Cursor Keys
Walk – Press Shift once to walk, Shift again to run
Sidestep – Hold Shift and press Left or Right Arrow.
Jump – Alt
Short Hop – Shift+Alt
Vault – Approach the object and ledge and then press Up Arrow
Draw/Holster Weapon – Space
Action – Ctrl. This is used for all actions including talking to someone, firing your weapon, picking up items or opening doors
Roll and Reverse – End
Push/Pull – Ctrl+up/down
Look – Hold 0 on the number pad and use the cursor keys to look around
Sprint – When running press 0 on the number pad (Only works after Lara has the Sprint upgrade
Stealth Walk – Enter
Duck – 1 on the number pad
Commando Crawl – 1+Enter
Cycle Weapons – [ and ]
Target Enemy – Lara automatically targets the nearest enemy. If there are more than one press End to cycle through enemy targets
Swimming – Press Alt to dive and the Cursor keys to swim around. Press Ctrl to climb up out of the water
Swan Dive – O+Alt+Up
Quick Save – F5
Quick Load – F9