Walk to the right and hang off the edge. Climb down the wall and into the lower tunnel just off to the left. 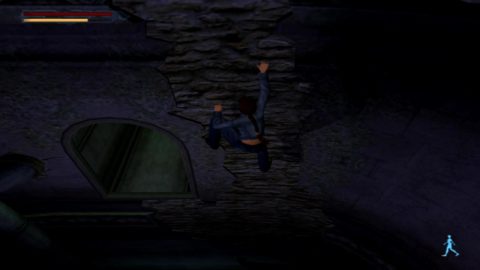 Inside you’ll find a Diamond Ring. Climb back up to the small ledge and take a running jump to grab the ledge on the opposite side. Pull up, pick up the Vector Clips and climb up the ladder.

Get off at the top and go through to the next room. Kick open the next door and pick up the Large Health Pack in the tunnel. Follow the tunnel to the walkway and walk around to the right for 80 Euro. Return the way you came or take a standing jump from the left side of the walkway, over the railing, and down to the tunnel below. 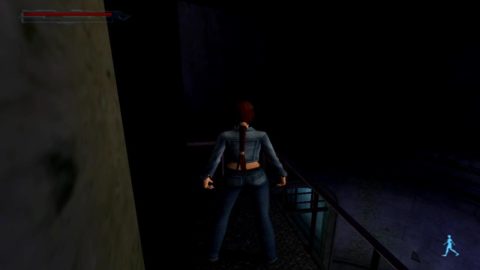 Follow the tunnel back to a 4-way intersection and head down the right tunnel. Climb onto the crate and then climb up the climbable wall. Pull up onto the ledge on the right. Turn around and take a standing jump to the ledge opposite. Turn right and jump up to grab onto the crevice. Traverse to the right and pull up into the tunnel. Crawl through and climb up into the duct. On the other side you’ll enter the Parisian Ghetto. Pick up the V-Packer Cartridges, Desert Ranger Clip, Vector Clip and 320 Euro before opening the gate and going through.

Bernard will give you the password “pluit noir” to get past the doorman. The doorman is located to the left of St. Aichard’s Church behind a gate. Give him the Trinket and 800 Euro and he’ll let you in to the graveyard.

Pierre instead will give you the code to his ex-girlfriends apartment. From the cafe head down the street, past the zebra crossing and use the pin pad next to the door to building #17. The code is 15328. Head inside, up the stairs and open the next door to Francine’s apartment.