During parts of this level Lara will be shot at by a Police Helicopter. As long as you keep moving or hide behind parts of the environment you should be fine as it only does small amounts of damage.

Begin by jumping onto the small platform straight ahead and climb up the ladder to the top. Jump up to grab the wire overhead and press forwards to traverse along the wire towards the other building. When you get close to the railing press duck (1) to tuck you legs up. Continue forwards and drop down on the rooftop on the other side. The helicopter will begin shooting at you but stay calm.

Pick up the Bandages and then walk down the ladder on the sloped side of the roof to the left. Jump across the gap to grab the building opposite and pull up. Crawl into the small box for more Bandages.

Climb back down the first ladder and then the second ladder, the way you came, but this time climb all the way to bottom and drop down to the alley below. Head to the left and follow the alley around to the left. Take a left turn just past the closed garage door into a thin alley to find a Large Health Pack. Come back the way you came and climb over the wire fence to the left. You’ll need to climb over at the point where there’s a gap in the razor wire at the top.

On the other side of the fence you’ll face a Rottweiler. Either shoot it or just dodge around it and jump into the dumpster around the corner to the left. Inside you’ll find Impactor Batteries. Jump back out and then climb back over the fence.

Run back down the alley, past the garage door and right to where you dropped down. Pull the nearby movable tank towards the flaming barrel. You’ll receive a Lower Body Strength Upgrade. 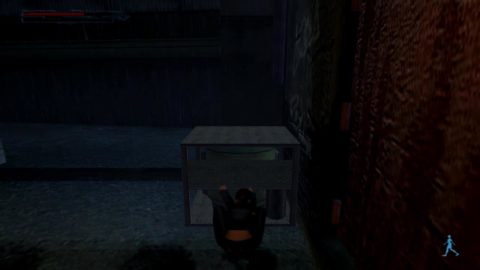 Continue around the alley, past the flaming barrel and crawl under the half-closed garage door to the left. Pick up the Large Health Pack on the ground to the left and then climb onto the box on the other side of the room. Take a standing jump to grab onto the platform to the left and pull up.

Walk around the u-shaped walkway and if you have the strength upgrade Lara will comment that she thinks she’ll make it across. Take a running jump across the gap to grab onto the walkway on the other side of the room. Traverse to the left until you can pull up and then climb up the ladder. Get off on the walkway to the right. Pick up the V-Packer Ammo and then jump over the small gap.

Make your way behind the building at the back to find Antique Dubloons. For an extra health pick-up head towards the side with the helicopter and take a standing jump from the edge to grab the edge of the next rooftop. 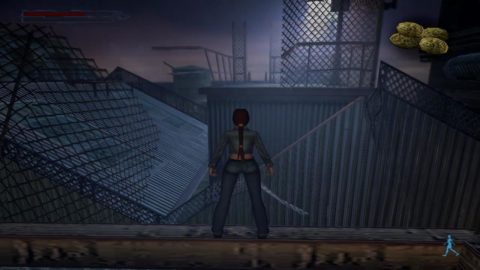 Pull up and climb down the ladder on the other side. Turn around and pick up the Health Pills at the end of the walkway between the two sloped roofs. Walk back and climb up the ladder. Take a running jump back to the rooftop with the small structure. Run to the other side of the rooftop to end the level.