Love, Death and Cordona is the third Mycroft quest and becomes available once you’ve completed The Muse from Abroad and The Missing Shopkeeper. Speak with Mycroft’s agent at Stonewood Manor to accept the case.

Pin the objective “Mycroft’s Request” to the screen and make your way to the Primrose Cafe. You can find it just west of the Old City Bridge. 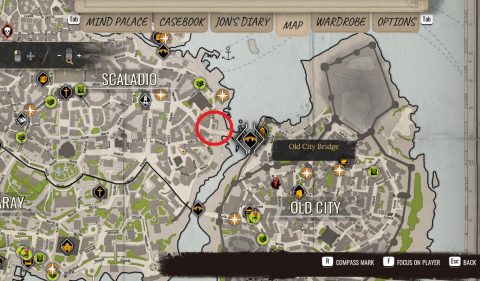 Once you find the Primrose Cafe sit down with Jon at one of the tables outside. 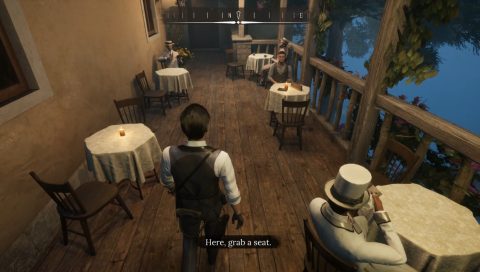 While you’re sitting down chatting with Jon a body will fall down out of the tower.

Quickly run over to the bridge tower and inspect the body. There are 6 clues, the head, silk scarf, stab wounds on stomach, brown knife sheathe, broken left leg and golden key. Rotate the key to find the number “4” written on it.

Speak to the sailor guarding the door to the bridge tower. 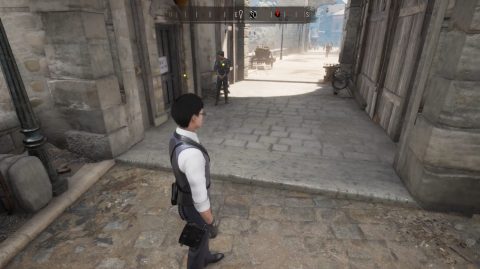 “Provide evidence” to let him know the corporal has been murdered and he’ll let you into the tower to take a look.

There are a few points of interest, the knife on the ground and the window next to it. The broken table to the left and the letter and money on the floor in the middle. Also take a look at the table on the other side of the room with the cigarettes and the open chest. It appears someone was hiding in there. 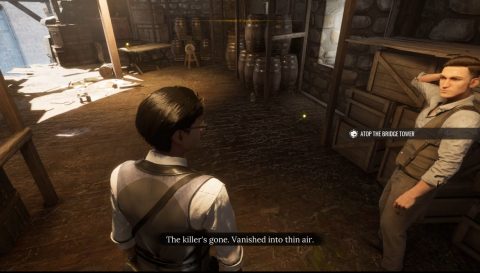 After finding all of the clues interact with the sparkle to start the recreation. This one isn’t too difficult but here’s the solution. 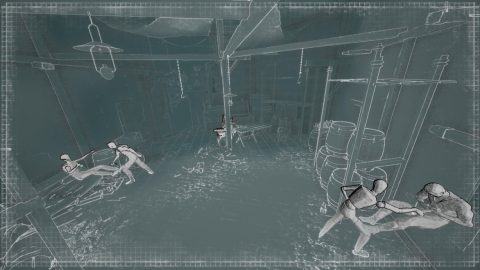 Pin “Meeting Gone Wrong” to your screen and use concentration to look out through the broken wall at the rope. Leave the tower and talk to the sailor out the front. He tells you someone at the barracks may have more information about the victim.

Head across the bridge to Old City and then take a right into the yard with the pillar of knives. Look at the corner where the rope comes down from the tower and you’ll spot more blood. 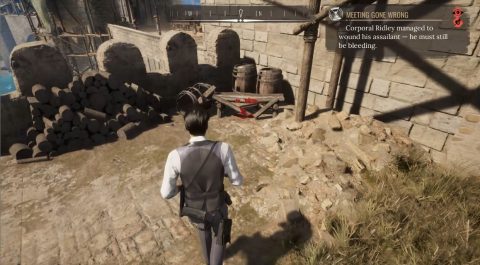 Use concentration to follow the tracks to the pillar. Around the back of the pillar you’ll notice a curved blade. When you try to grab it the locals start to get angry. Take a photo of the knife rather than taking it.

Pin “Victim Profile” to your screen and find a quiet spot to change your clothes into the Navy Officer or Marine Uniform. Head across the road to the Military Barracks and go inside.

Talk to the sailors and one of them will tell you more about the victim. Go through the door at the back and open the door to room #4. 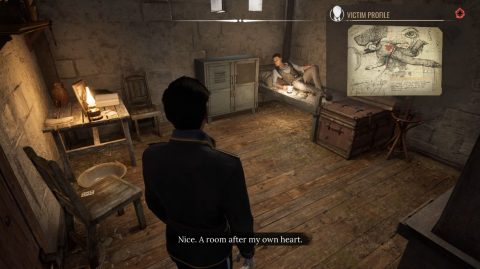 Read the General’s Letter and portrait on the table and then use concentration to view the scratch marks by the locker. Push the locker aside to see a secret stash with Jailan’s Letter, Money and Travel Tickets.

Open the casebook and do chemical analysis on the silk scarf. Sherlock is able to remove the blood off the scarf so it can be used for a disguise.

Leave the room and head down the stairs. Eavesdrop on the two sailors. Look for the words “Take Revenge”, “Disobedience” and “General will Speak”. That should be all the evidence from the Barracks. Head back up the stairs and leave the building.

House of the Eagle

The victim was to meet Jailan while wearing a disguise but first we must find out where the House of the Eagle is located. Wear some regular workers clothes and ask around for the location. The house is located on the western side of the Old City Market. 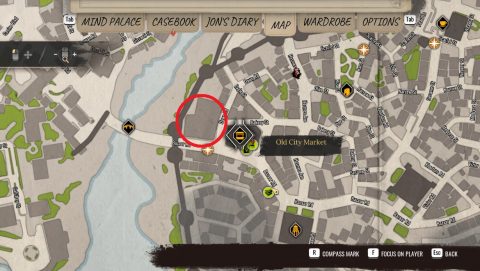 To wear the disguise you’ll need the Female Ottoman Outfit, Ottoman Headscarf and Silk Scarf. Put them on and then head to the House of the Eagle. 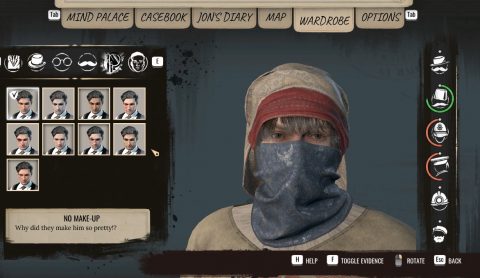 Enter the house through the south side. talk to the servant outside and she’ll let you in. You’ll meet with Jailan. She tells you she heard the servants talking about blood near the main entrance.

Pin the objective “Bloody Trail” to your screen and walk towards the main entrance. You’ll notice some blood on the ground. 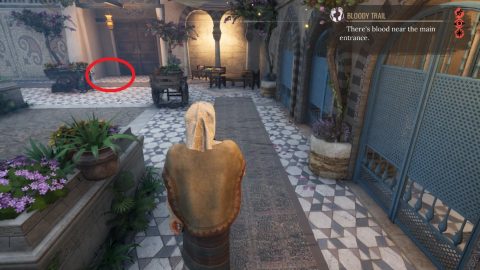 Follow the bloody trail into the washing room and examine the pile of fresh clothes and the clothes on the floor soaked in blood. Jon will give you the challenge to identify the killer on the first try.

The killer should be wearing fresh clothes, be wounded and have a curved blade. You’ll see him standing by the main gate. 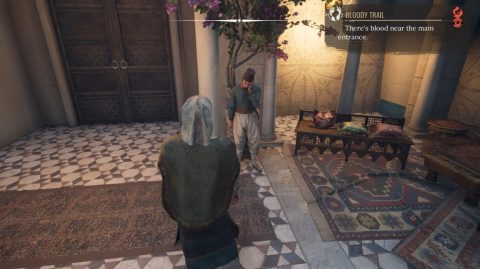 Interact with him and observe him to figure out that his character portrait is “On Edge”. Now you have the option to silently leave or confront him.

Mycroft’s agent asked you to get information and report back to him. If you silently leave return to Stonewood Manor and speak to the agent to complete the case.

If you chose to confront the killer you’ll need to provide the right evidence. Choose “Victim Profile”, “Meeting Gone Wrong” and then “Jailan’s Letter”.

Say “I have to arrest you” and a gunfight will begin. Kill or arrest the guards and then the killer will get arrested. Mycroft’s agent won’t be happy that you didn’t report back to him but the case will end.