After completing the main case “The Muse from Abroad” you’ll be able to eavesdrop on two women inside the Police Station. Look for the words “Armour Copello Company”, “Dead in the Safe” and “Claims Innocence”.

Jon will give you the challenge to join the police so equip your police uniform for this entire case. Head down to the Police Station and go to the prison cells underground. Find the one with the man in the white suit and talk to him. 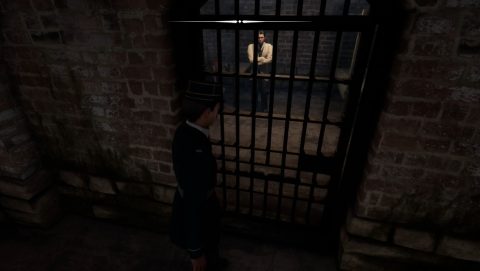 Tell him that “I’m an honourable cop” and the observe him. You’ll find out that he’s “Methodical”. Talk to him about everything and the pin “Basilio Copello Testimony” to your screen.

Go back upstairs and enter the Inspectors room. Talk to the woman standing there with her arms crossed. She’s the wife of the suspect. 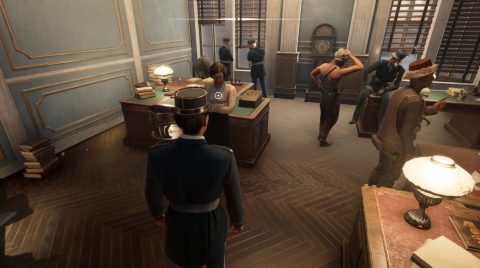 Tell her “I’m new” and then observe her. You’ll find out that she’s “Shocked”. Finish talking to her and then leave the building.

The Basilio Copello Testimony will tell you that the office is on Adler St to the east of St. Clement’s Cathedral in Scaladio. Make your way over there and enter. 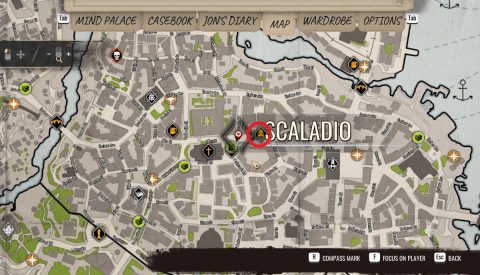 Talk to Billy Lloyd in the lobby about everything, then take a look around the room for clues. You’ll find a letter in the safe and one on the counter. There’s also a portrait in the corner.

Head upstairs to the crime scene where a police photographer will be taking photos. 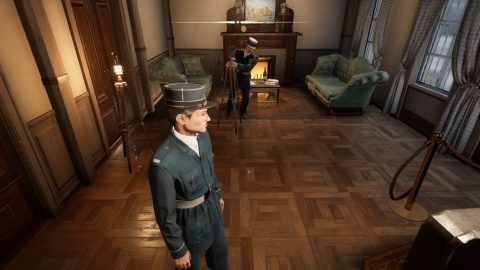 First inspect the body for clues. There are 5 clues in total, the head, mouth, bloody hand, belt and splatters of blood on the safe door.

Take a look at the small table by the fireplace. You’ll find a wine bottle, wine glass on the table and a second wine glass under the table.

Go through the door next to the photographer into the office. There are two desks here, each with a number of clues. 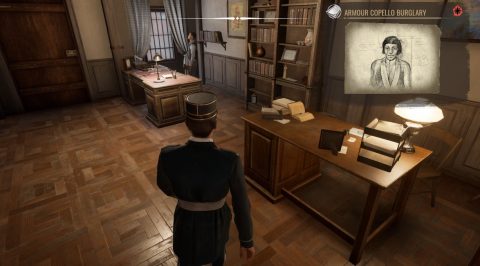 Once you’ve explored both rooms open your casebook and perform chemical analysis on on the “Examination of Nicolo Detti’s Body”. You’ll figure out he was lightly intoxicated.

Talk to Lloyd who should have followed you into the room and question him about everything. Go out through the door at the end of the room to the outside. Pin “Armour Copello Burglary” to your screen. Take a look at the outside of the door. 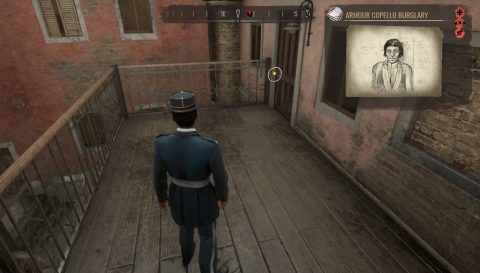 Walk down the stairs and look at the railing towards the bottom. The railing has been dislodged when someone jumped over it. Look below in the grass to find a pack of lockpicks with the letter “F”.

Go to the Police Station and enter the archives. Pin the evidence “Armour Copello Burglary” and search for “Crimes – Property Crimes”, “Evidence – Instruments of Crimes” and “Districts – Grand Saray”. You’ll learn about the suspect Felicia Sevigne who’s associated with the Backyard Boys Gang.

Pin the clue “Profile of Felicia Sevigne” to your screen and head to Clay St in Central Miner’s End. 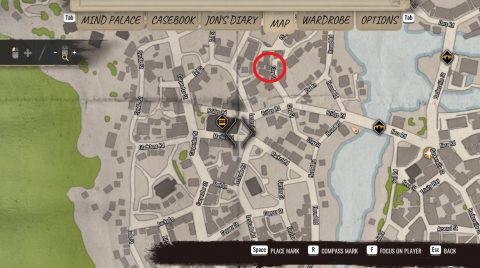 When you get close you may notice 2 men talking. Eavesdrop on them, looking for the words, “Marketplace in Miner’s End”, “Limping Brass” and “Beggar Informants”. You’ll find out about a man named The Pipe and where to find him.

The Backyard Boys believe they will be the target of attack and are on high alert. The Pipe is asking for beggar informants. He can be found in the marketplace in central Miner’s End.

Before speaking with The Pipe you’ll want to look like a beggar informant. You’ll need to buy the clothes if you don’t have them.

Put on Vagabond Rags, Eye Bandage, no accessories, Designer Stubble and Black Eye Make-Up. Go to the marketplace and look for the man with the hat and bandana on his face. 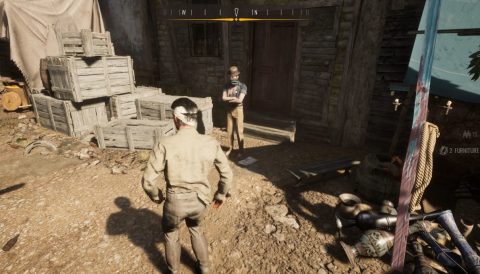 If you want to make the next fight easier tell him “There is no attack”. If you want to complete Jon’s challenge make sure you put on the Police Uniform once you’ve spoken with The Pipe.

Pin “Profile of Felicia Sevigne” if you haven’t already and go back to the Backyard Boys Hideout. Enter and take out all the bandits. There are no clues here so return to the Police Station.

Felice Sevigne will be arrested. Go into the prison cell area and talk to her. Observe her to find out she is “Prepared”. Finish off all dialogue with her.

Go back up to the Inspectors office and talk to Augusta. Ask her how she knew Nicolo. Finish off the dialogue with her. Talk to her again and accuse her. This is the evidence you need to present.

What was the window of opportunity? Business Affairs.

What were the means of crime? Letter to Felicia

What was the motive? Lawyer’s Letter

With all the evidence presented Augusta won’t be able to deny that she was responsible. You have the option of letting her try to fix it or to claim that she is guilty. Either way the case will come to an end.