The Scapegoat case can be found by looking at the notice board in the Police Station after completing What Was Did in the Shadows.

After the quest has been activated check your casebook for Report No. 18-13. Four people were arrested for theft and property damage, three women and one man. The location of the crime scene is the Forest Ruins, west of the cemetery. 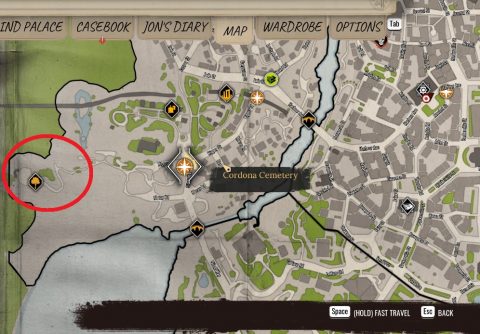 When you arrive you’ll spot a policeman standing guard and markers on the ground. Read the testimonies of the suspects and then search around the area for all of the clues. 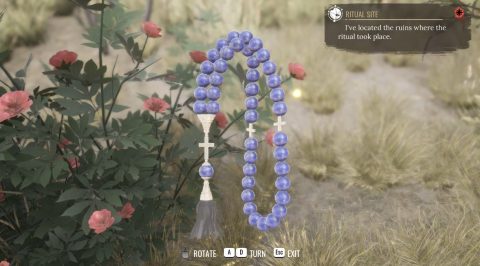 Walk up the steps to the altar for marker #6 where you’ll find the remains of the goat. After examining all the clues you’ll be able to go through the reconstruction. Pay attention to the face masks of the three women. 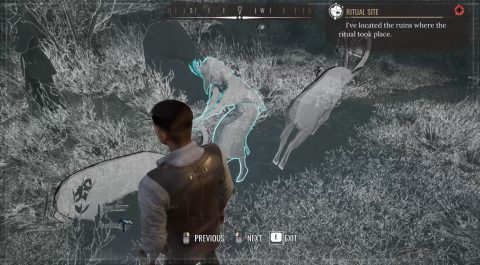 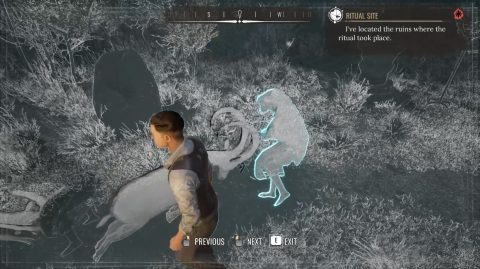 3) Dancing at marker #4 with Green Ox fallen over 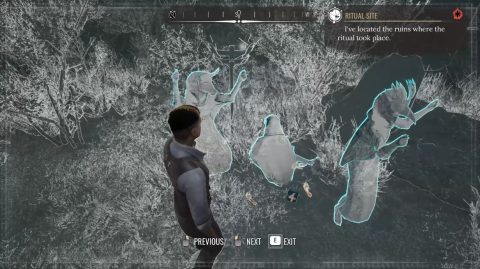 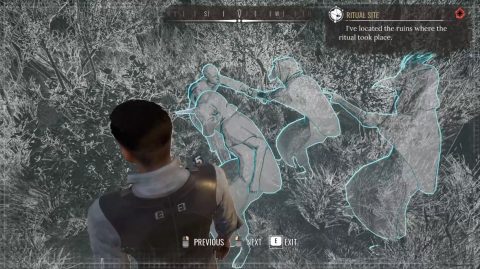 5) Green Ox tying up the priest by the pole 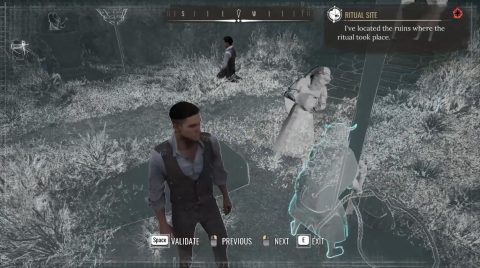 With that done validate the recreation and Sherlock will talk you through what happened. Return to the Police Station and talk to the clerk to let him know the case is solved.

Clerk Stark will tell you he’s been promoted to Sergeant and is moving back to the office. He asks for one more request, to find the chief inspector who’s been missing for a few months. If you agree to help the final Police Case will be added to your casefiles.