Objective: Rescue the missing Empire soldiers from the Corrupted and then defeat the Terror of Westwend.

Special Rules: You will lose gold for every Empire soldier that gets killed in combat.

Companion: Any (Malaclypse is probably your only option).

You can choose any companion for The Magician but it’s likely you’ll only have Malaclypse available. You also won’t have many encounter cards to choose from but encounters like ‘Arm Wrestling’ will give you more gold and ‘Deep Water’ give you a chance to find equipment. In this quest you’ll be facing the Corrupted so heavy weapons are a good choice to use against them.

The first card in the quest will be ‘Whispers from the West’. This allows you to choose who to travel with, a stone mason, food wagon or weaponsmith. Depending on who you choose you’ll gain either gold, food or a weapon.

Along the way to Westwend you’ll have the chance to fight in battle to save Empire soldiers. The last card of the first map will be ‘Westwend’s Plague’. Once that’s completed you’ll move on to the next area.

The second map is similar to the first. You’ll have encounters that will let you rescue soldiers. Once you’ve rescued all of the soldiers make your way to the ‘Last Stand’ where you’ll summon all of your new recruits to help with the final battle.

Terror of Westwend: This Corrupted beast is much tougher then the rest. You’ll need to use bash to break open his defences before hitting him with regular strikes. He also has attacks that can’t be blocked. 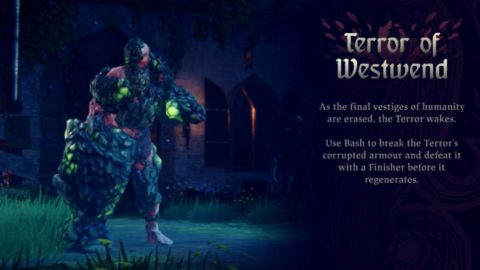 Once he’s been defeated Westwend will be saved from the Corrupted and you’ll be taken back to the quest map. Completing The Magician will unlock The High Priestess, The Empress and The Emperor.

Next: The High Priestess