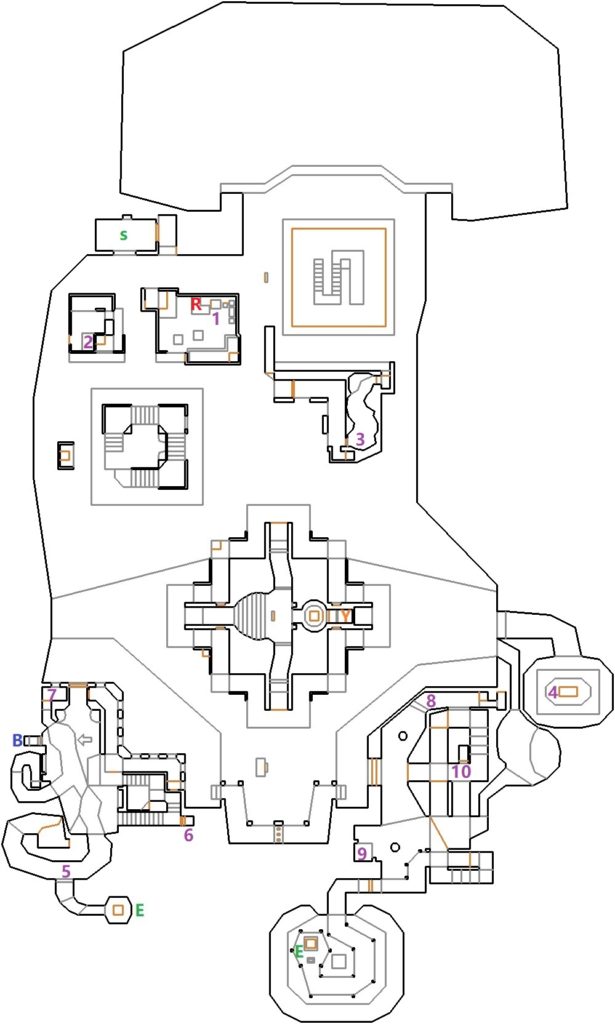 The Industrial Zone is a large map with many open spaces. Before doing anything else try to take out as many wandering enemies as possible. Watch out for Chaingunners on the tops of buildings. There are 10 secrets but only 9 of them are possible to get without cheating.

From the Start take the lift down and clear out as much of the area as you can. Hit the Switch next to the large rock formation and it will lower down, revealing stairs and a walkway inside. Take out the gunners and head up the steps to the Mega Armor.

From here you’ll want to head up the steps in the square building with the moat around it. Take out the gunners along the way and make your way up to the top of the stairs. From here dash across to the teleporter with the Imp on top of it. 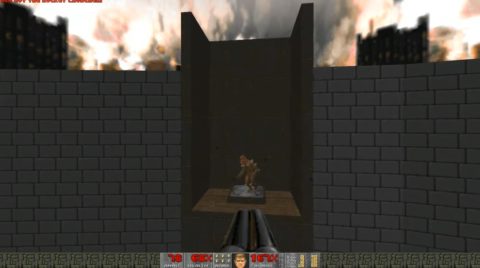 You’ll be taken to a ledge atop the building to the north. Run half speed off the edge to the east. You should land on a lower ledge on the next building. Press the Button on the wall and drop down into the building. Take out the Cacodemon and Shotgun Guy.

From here you may notice the red key on top of a box. To get to it walk through the teleporter and then go back through it again. You’ll teleport on top of the box with the Red Key. Make sure you drop off to the east side for a Beserker pack. Press on the box to the east to get out. This is Secret 1.

Go back through the teleporter and this time drop down the hole to the left. Slowly edge out of the gap in the wall and you’ll notice part of the floor lifting up. You will also trigger a Cacodemon. Take out the Cacodemon and then take the lift back into the building with the red key. Go through the teleporter and carefully drop down the hole again. You’ll land on top of the lift. Walk around and dash across to the Chaingun. This is Secret 2. 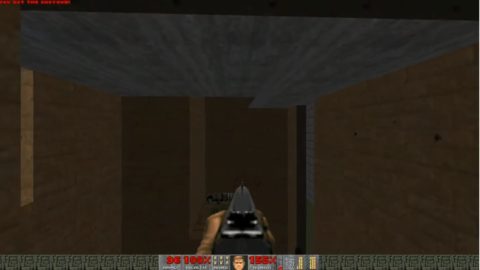 Drop down and leave the building. Run to the building to the east and press the Button to take the lift up. Open the Red Door and use the BFG to take out all the Imps. Follow the passage around but don’t go through the teleporter. Instead press on the wall to the left of it to reveal Secret 3. Drop down, pick up the ammo and take the lifts back up.

Drop down and then take the lift back up to the Red Door. Head around the passage and this time go through the teleporter. It will take you to the large central building. Do a complete lap around, clearing out all the gunners along the way. From the southern side you can take out the gunners in the buildings across the chasm. Some of them may be difficult to target. You’ll also want to clear out the enemies by the gates to the south.

When you’re done walk to the southern side and get ready for a tricky jump. Stand looking south and slightly to the right. Dash across to a platform with a Switch. 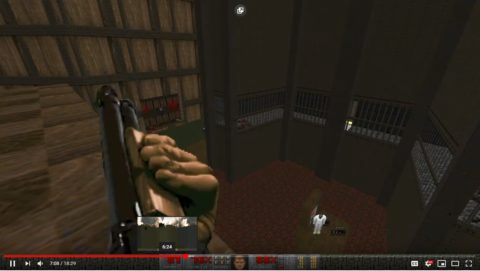 Press the Switch to open up a tunnel to the east. Drop down, go through the tunnel and take out the 3 Cacodemons. In the center of the room you’ll notice an Invincibility Sphere. This is Secret 4.

Quickly grab it and run out of the tunnel. Move around the left side of the central island and go through the teleporter in the corner. This takes you the central room. Move forwards to pick up the BFG and a room will open ahead with a Hell Knight and Pain Elemental. Behind them is the Yellow Key.

Use the BFG to take them out, turn around and take out the enemies behind you. Press the Switch to raise up some stairs so you can get back out.

Now might be a good time to ride the lifts on either side of this building. On one side you’ll find a Soul Sphere and on the other Mega Armor.

Stand on the south-western side of this central building and dash across to the the grass outside the building in the corner. Go through the Yellow Door. 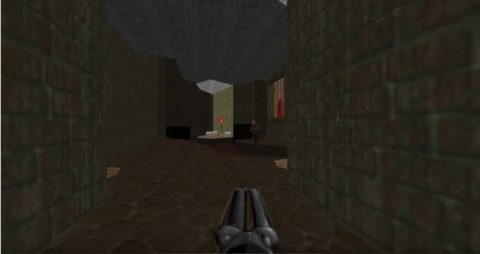 Take out the enemies first and then turn to the right to find the Radiation Suit. Explore the tunnels here. The one to the south has a branching tunnel that leads to the secret level. This is Secret 5 on the map above. Continue around for a Switch that lifts up steps in the main room. The other passage has a Hell Knight guarding a Level Map.

Head up the first set of steps and press the wall at the end. There’s a teleporter here that takes you back to the larger island. Don’t go through it but this is Secret 6. If you drop off the stairs to the square area you’ll find a Hell Knight guarding a Backpack. 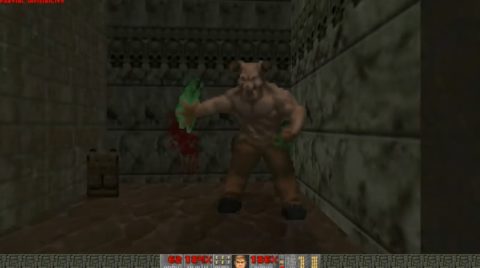 Climb to the top of the stairs and press the Button. This lowers a lift so you can ride it up. Explore the walkway to find two faces. Press the face with the open mouth first. This reveals the Blue Key. Press the other face and quickly drop down to the room below. Go through the small tunnel that had the Radiation Suit. You’ll see a lift has lowered. Ride it to the top for Secret 7 and a few goodies.

Drop back down to the main room and take a look at the floor. An arrow is now pointing to a spot on the wall. Press on the wall to reveal the Blue Key.

Leave the building and go through the Yellow Gate to the east. Enter the building and take out the many enemies wandering around. The wall opposite the entrance lifts up. You can follow the path all the way around to the main Exit. The Exit room is guarded by a Baron of Hell, Hell Knight and numerous Imps behind two sets of bars. You only need to clear it out if you’re going for 100% kills.

For the final three secrets take the path opposite the entrance. Once the second wall lifts up continue forwards a few meters until you hear a wall lift up. Turn around and quickly run through the open wall. This is Secret 8. Press the Blue Skull to lower a teleporter for a few seconds. Take it to Secret 9 where you’ll find a Chainsaw.

For the final secret take the path opposite the entrance again and go past the second automatic door. Do a u-turn and dash across to the small alcove with the Mega Sphere. This is Secret 10. 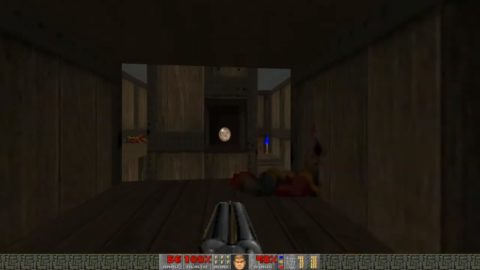 Once you’ve cleared out this level make your way back to the building in the south-west corner. Take the tunnel back to the Secret Exit.