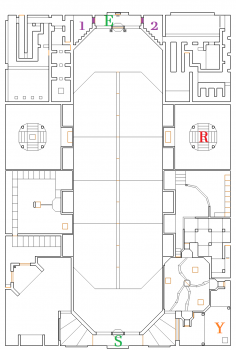 The Catwalk is one of 6 levels by Christen David Klie and features a long catwalk through the center of the map.

The door to the catwalk is locked for now so take the moving steps to the left. You’re just here for the ammo so wait for the Shotgun Guy to get closer and take him out. Then use the Shotgun to take out the Chaingunners. 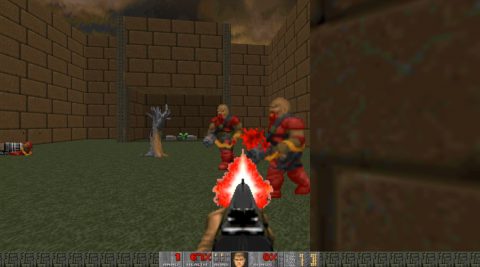 Explore this area and take note of the Yellow bar blocking a teleporter. You’ll come back here later. For now make your way back to the room with the walkways. Both the walls behind the other switches have opened up. 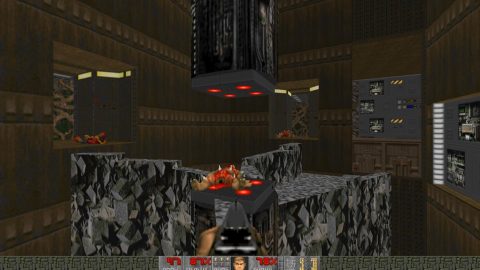 Head out through the opening directly opposite first. From here you can take out the Shotgun Guys and the Baron of Hell.

Head across the wonky steps on the left side of the door to the catwalk and open one of the Yellow Doors.

Press the Switch to the left and then head down the stairs to the right. Take out the enemies and make your way down to the teleporter below. 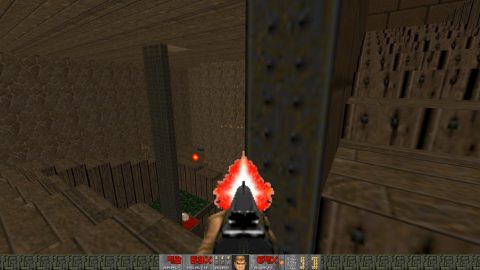 Face the MegaSphere and drop off the edge to the left. Pick up the Super Shotgun on the teleporter in the green pool. The teleporter will take you back to the top of the stairs.

Head over the wonky steps to the right and use the Yellow Key to open the Yellow Bars. This opens up another area to the north. Go through and take out the enemies.

Hit the Switch to the right to lift up steps to the raised section. The computer console on the left can be used like a lift. Ride it up and quickly run across the consoles to the teleporter. You’ll be taken to a room with the Red Key. 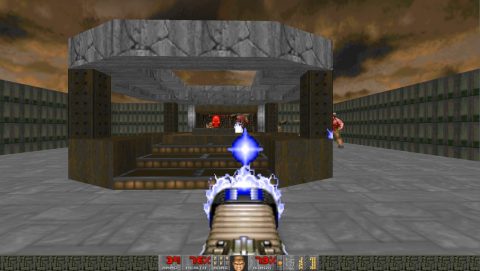 Quickly run around to the back of the structure and take out the Baron of Hell and other enemies. Pick up the Red Key and go through the teleporter. The door to the catwalk will now be open.

Either quickly run across the catwalk and ignore the Imps in the cages on either side or go slowly and take them out as you go. Once you cross a section of the catwalk the previous section will collapse so there’s no going back.

Open the Red Door to the Exit. For Secret 1 and Secret 2 shoot the walls to the sides of the Exit. Inside the twisting passages you’ll find a Backpack, BFG and lots of ammo.