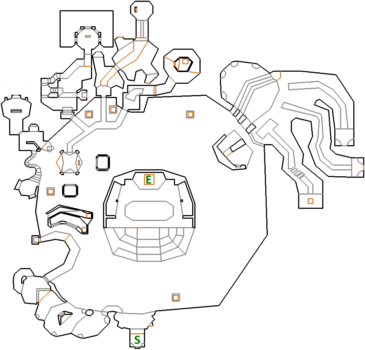 Step forwards and you’ll slowly be taken down a lift. If you don’t fire at the enemies on the platform below they might get into a fight with a Chaingunner on the other side of the map. Once they’ve noticed you finish them off.

Watch out for the Mancubus up in the central area. You can’t reach them from here but they can certainly fire at you. Press the Switch on the right to lift up a platform on the left so you can get across to the next area.

Take out the Imps and other enemies and pick up the Beserk pack if you need some health. Grab the shotgun shells in the corner and the wall in the pillar behind you will lift up revealing a Skull Button. Press it to open the wall ahead. Take out the Pain Elemental first and then the Cacodemons. 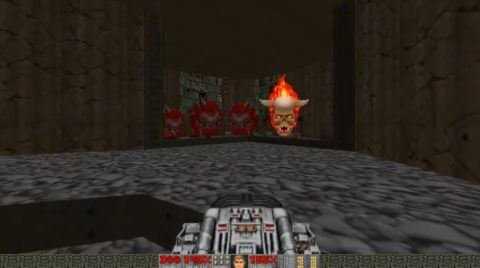 There’s also a Pain Elemental on the ledge ahead so you might want to take it out now. Continue around the path to the left and watch out for Chaingunners behind the gates ahead. Some of them may teleport to the ledge behind you so go back to check it out.

When you move forwards to pick up the Backpack a Cacodemon will be alerted. Wait for him to float up and take him out. Before going through the teleporter drop off the ledge where the Cacodemon came up. Run through the tunnel. 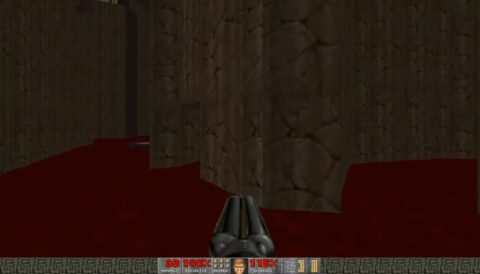 Now go around the ledge again and then through the red teleporter. Make your way up the steps but watch out for the Hell Knight on the platform above.

At the top of the steps take out the Imps and Revenant. A small block is preventing you from continuing forwards so turn around and a wall should have opened up. Go through into the small room and take out the Hell Knights.

Press on the lion face to remove the block. Now you can dash across to the platform with the Soul Sphere and hit the Button. 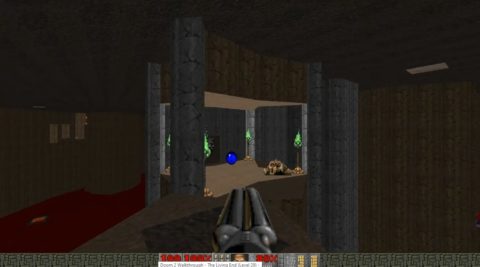 Once you land on it windows will open up releasing Cacodemons. Either stand your ground and take them out with a BFG or drop into the blood below and head through a teleporter. You’ll be teleported back up to a ledge where you can more easily fight them.

Pressing on the Button will have lifted up a walkway to the left. From here the walkway branches out to three paths. Take the middle path with the Blue Armor.

Head back to the walkway and go down the first path. Take the lift up and use a BFG to take out the Arch Vile. Hit the Button behind him to lift up a bridge in this room. Run around the path and over the bridge to another Skull Button. This one lowers down a block in the third path.

Head back to the walkway and go down the third path. Open the door and take out the Baron of Hell. He may teleport around a little bit. This room looks empty but you can press on the wall with the claw marks. This opens up a room with a silver teleporter. Go through with your BFG ready. 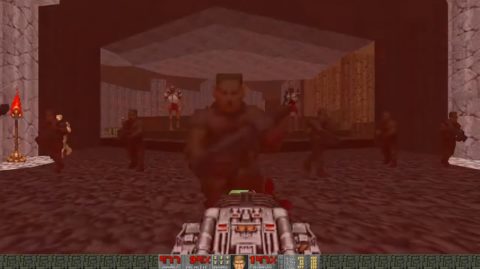 Once again there are three paths to go down. Head down the first path on the left and take out the Pain Elemental. Hit the Button and make your way back.

Head down the second path and take out the Revenant. Hit the Button and once again make your way back. Use the lift to get back to the start of this area.

Get ready to go down the third path but turn right and take out the Mancubus. Dash across and hit the Button. Take the lift up for a Backpack and drop down to the start of this area. With the three buttons pressed you should have access to the third path.

Run down the path and take out the Barons of Hell. Step into the silver teleporter to be taken to the central island. As you make your way up take out the Mancubus in the cages above. Once you get to the top the CyberDemon will be released. Dodge around his missiles, left, right, left and get in a few shots of your own. 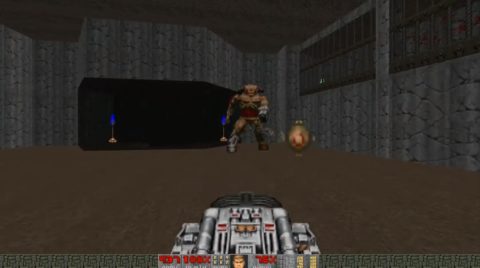 Be careful if you’re close to a wall because you might be hit with splash damage. Once the demon has been killed drop into the level exit. If you can’t defeat the CyberDemon just run past him before he’s lifted up to the surface and take the exit.