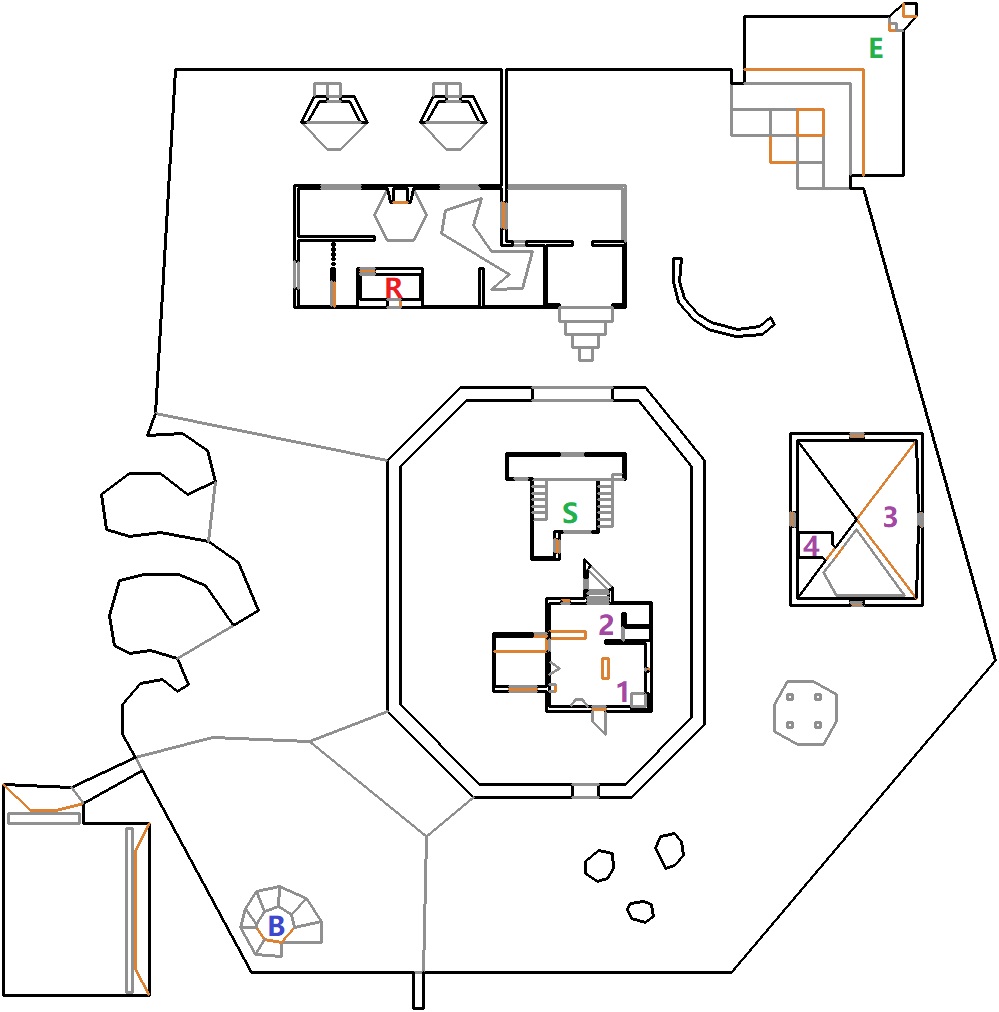 From the Start turn around and take out the Imps on the ledge. Go up the stairs to the ledge and drop down out the window to the right. Take out the Revenant and then quickly run around the other side of the building to find the Arch Vile. Use a BFG to kill him quickly.

In this inner courtyard there are two buildings. Go to the other building and open the wooden gate. Be ready with the BFG and take out the Imps. Some of them will teleport out so you’ll need to hunt them down.

Go into the building with Imps and take out the Cacodemon. Press on the Torch to lift up one of the walls. Press on the small wall to lower it down and stand on top of it. When it lifts up shoot the face on the wall to reveal Secret 1. 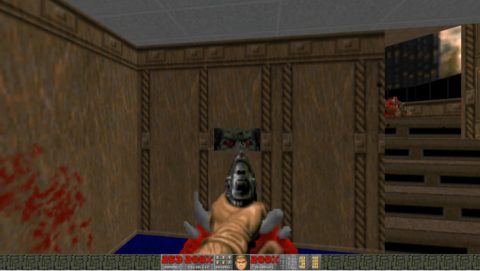 Press on the other small wall to lower it down. Do the same thing and shoot through the small gap in the wall to reveal Secret 2. This one has a MegaSphere. You need to actually drop down the step to trigger the secret.

Once the inner courtyard is clear head out through the large gap in the wall to the north. Take out the Revenants on the steps ahead and then go up and clear out the building. The Blue Door is here but you need to pick up the key first.

Head around to the back of the building and take out the Mancubi on the platforms if you haven’t already. One of them is guarding a Soul Sphere.

From here make your way down to the south and clear out the area as you go. One of the caverns has an Arch Vile with Cacodemons. The other has Revenants and Mancubi.

Head to the south west and take out the Imps on the island. Climb to the top and pick up the Blue Key. When you do many enemies will spawn in.

Quickly drop down and head north to the second cavern on the left. Grab the Invincibility Sphere and start clearing out the enemies. Hopefully many of them will fight amongst themselves. 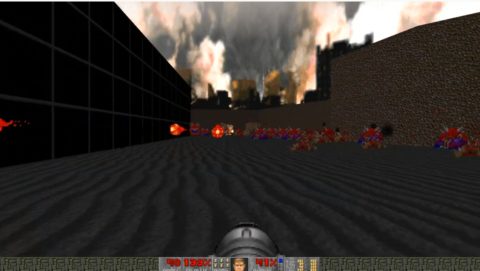 Once you’ve cleared out the enemies head back to the building to the north. Go through the Blue Door and grab the Red Key. Press the Skull Button to lower the interior wall. Quickly go back and step into the teleporter. This takes you to a platform with Plasma Guns.

Before leaving head to the square red building to the east. Open the door on the east side and shoot through the strange wall. You can walk straight through it but there’s 3 Cacodemons inside. Once the Cacodemons are dead walk inside for Secret 3.

Press on the stone wall to the right to lower down a lift. Take out the Revenant and stand on the lift. Make your way around the top of the walls and take out he second Revenant. 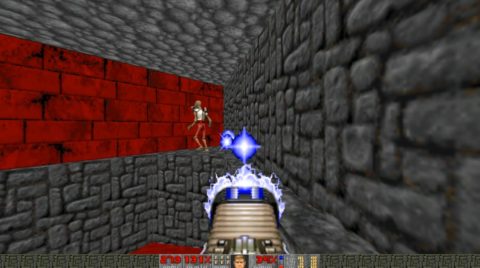 Drop down to the blood pool and quickly press the Skull Button to lower the walls. Enter the small room for Secret 4 and a few goodies.

Leave the building and head to the structure in the north-east corner. Press on the center platform to lower it down. Press on the next platform and it will lower as well. The walls around the ledge above also lower, revealing a dozen or so Imps. Use the BFG to take them out. 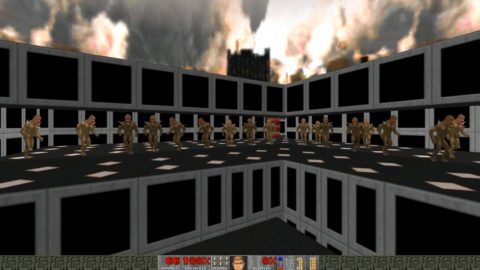 Take the platform to the top and lower the second one again. Press on the Red Pillar to lower it and head out through the Exit.