Destroy the Overmind
Tassadar, Raynor and Zeratul must Survive

This is the final mission for Protoss and the original game. You’ll have control over both the Protoss and Terran bases. Raynor is to the north-west with a large group of minerals and Tassadar and Zeratul are to the south-east with a much smaller area of minerals.

Attacks seem to be random but I found the heaviest attacks on my base was towards the Terran base in the north. You’ll want to build Bunkers and Turrets to surround that base but also have Cannons in the southern Protoss base as well.

The first task is to expand out both bases so you can secure another source of resources. Minerals and Vespene Gas are shared between the two bases but each base will have its own population count. 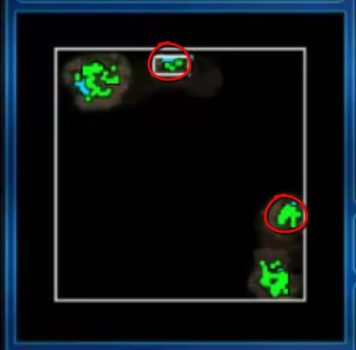 Once that’s been done you only need to build up your forces while defending both your bases. You have time but if you take too long the Zerg will send out large groups of Ultralisks, around 6 to 8, so you want to make sure you’re ready for them.

It’s possible to kill the Overmind with one group of upgraded Battlecruisers and one group of Carriers. You’ll need to bring them together so that you can focus their fire-power. The Battlecruisers need to get closer to attack so they’ll probably take most of the damage. 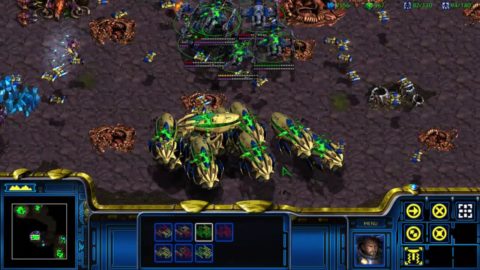 Slowly push across to the west, if you’re attacking from the Protoss base, or down to the south, if you’re attacking from the Terran base until you can see the Overmind. It has 5,000 health but the Carriers shouldn’t have any troubling destroying it fairly quickly once it’s in range. With that done you can enjoy the final cut-scene. Congratulations on completing the original campaign for StarCraft!