Destroy the Stasis Cell
Fenix and Raynor must Survive

This is the beginning of three tricky missions to end off the Protoss campaign. In the Trial of Tassadar you begin with the skeleton of a base in the north west corner. There are exits to the east and west. You also begin with a Carrier, Battlecruiser and tons of minerals just south of the Nexus. 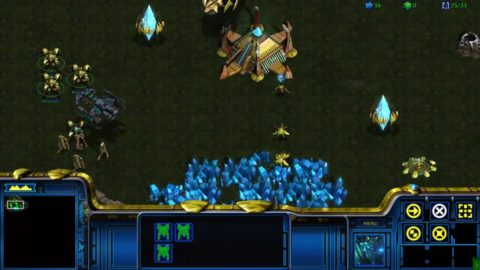 The first enemy base you’ll want to take over will be the one directly to the south. You can make your job a little bit easier by using Raynor and taking out some of the Cannons with the Battlecruiser’s Yamato Gun.

Ground units don’t seem to work so well in this mission so you’re better off going straight for the Carriers. You can upgrade the Carriers carrying capacity to 8 Interceptors per Carrier at the Fleet Beacon. It’s worthwhile upgrading the Interceptors attack damage at the Cybernetics Core as well. Carriers have a long range and can destroy most enemy units before they have a chance to get close.

While you’re waiting for the Carriers make sure you protect your base with a few Cannons. A few Dragoons will also help you defend against the enemy Protoss. Once you have about 6 Carriers send them to the south to take out the Purple Protoss base. 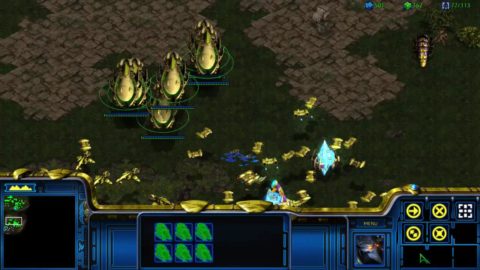 Once it’s clear send your Probes to start up a second base and take over their resources. The Red Protoss may send waves of flying units to attack you so make sure you have plenty of Cannons and Dragoons to defend your bases. You can always bring your Carriers back to your base if you do get attacked.

Continue building Carriers, you should have around 8 to 12 by now, and send them over to the east to take out the next Protoss base. By now you should be able to roll through to the red Protoss in the south. Unfortunately they have Arbiters with the Stasis Field that will trap your units for around 40 seconds. You can reduce the effect of this by having your Carriers spaced out rather then all grouped together, or send one Scout out ahead to draw out the Arbiters and make them waste their Stasis Field.

Fly the Carriers over the wall and destroy anything that can hurt them. Target the Stasis Cell and once Tassadar is free the mission will be complete. 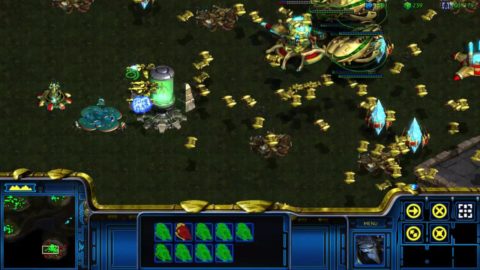