In this mission you don’t begin with a base at all, only 4 Probes, 6 Zealots, 2 Dragoons, Zeratul, Fenix and an Arbiter. Send the Probes immediatly across to the west to warp in a Nexus by the minerals. 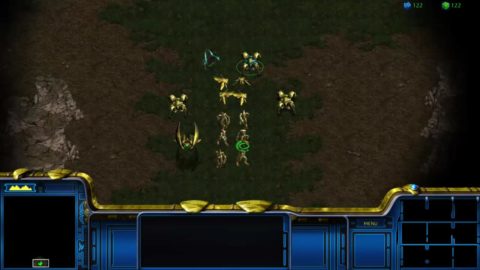 Zeratul is permanently cloaked and the Arbiter cloaks units around it. The Zerg won’t have any detectors for a few minutes so you can send Zeratul up to kill as many enemy structures and units as possible. Once he’s detected bring him back to the south.

The entire southern edge of the map is where you’ll build your base. There are 2 sources of minerals and 2 sources of Vespene Gas so you’ll eventually have 4 Nexus’.

Begin with the minerals in the west and start building up your base. Leave the military units at the pass leading to the north. Most Zerg units will walk down this pass to attack your base so it’s best to build a Forge before the Gateway so you can start building Cannons.

Build 2 Stargates and make a rush for Carriers as in the last mission. You’ll be using the Carriers to clear out the path so Zeratul can walk safely up to the Cerebrates.

There are 2 Cerebrates, both on the northern edge of the map. One is further west and the other further east. A group of 12 Carriers, with backups being produced, should be plenty.

Slowly fly your Carriers through the pass to the north, killing all detectors and other units along the way. Zeratul shouldn’t be too far behind. 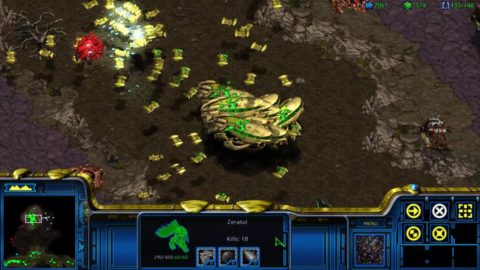 Eventually you’ll reach one of the two Cerebrates. Zeratul doesn’t actually have to kill it himself, he just needs to be close by when it’s killed. If he’s too far away the Cerebrate will regenerate and you’ll have to kill it again.

Head east, or west, to the second Cerebrate and first kill the surrounding units and then the Cerebrate itself to complete the mission. Make sure you have Cannons defending your base as the Zerg will attack from all directions, with some flying directly to your main base. Once the Cerebrates have been killed the mission will be complete.

Next: Eye of the Storm