This is the only installation level mission in Episode V and it’s divided into two sections. The first section is where you need to search the base for Admiral Stukov. The bases defenses will be against you to begin with. In the next section you have 15 minutes to reach the override terminal. The Zerg will be infiltrating the base but Stukov’s men and the base defences are now on your side.

Watch as the Marines set explosives on the door and blow it up. Once they’ve killed the Marines on the other side they’ll line up for Duran and 2 Medics. The Medics will help keep your Marines alive in this mission.

Just to the south is a Beacon. Unfortunately your Marines are too stupid to know how it works. Continue to the east along the top of the map until you come to a room with another Beacon. This one will show you the location of the Goliath Repair Bays. 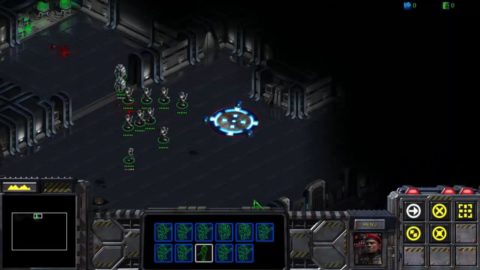 As you make your way south you’ll come across another Beacon that requires an access code. The Marines will get the access code from a nearby civilian. It should open the door to the Goliath Repair Bays and show you the location of Admiral Stukov.

Enter the repair bay and move quickly to secure the Goliaths. Your Marines need to enter the Goliaths before the enemy Pilots can take control of them. There are 6 Goliaths in total.

Continue to the west until you come to a pilot with and SCV. Your troops will order him to enter the SCV and repair the Goliaths. 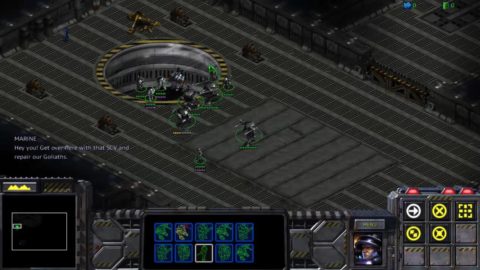 Continue down the passages to the south until you reach Admiral Dukov. Duran shoot Dukov and reveals himself as the traitor. From now on any of Dukov’s men that you meet will join your side.

Head through Dukov’s room to the east and stand on the Beacon to reveal the Terminal. Unfortunately the Zerg have started to infiltrate the base. Keep your Medics close to your Marines to keep them alive as long as possible.

Continue to the east to another room with a Beacon. This one reveals a room filled with Zerglings to the north-east.

Just to the north you’ll come across a few trapped Ultralisks. Be careful, you’ll be attacked from behind while you’re shooting them. There’s also another 2 Ultralisks in behind the door to the east. 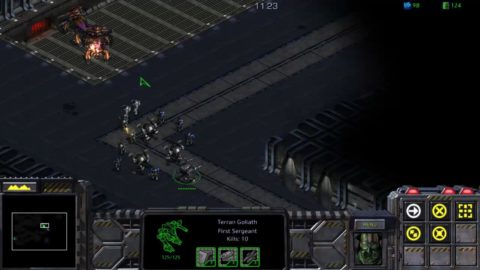 As you continue to the east you’ll come to a room lined with Defensive Autoguns. Lure out the Zerglings from the next room into this room and you should defeat them fairly easily. Defeat the next group of Hydralisks in the same manner. 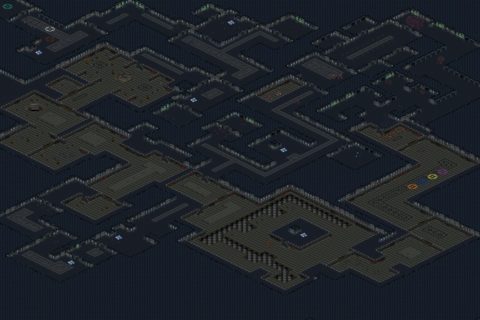