When you begin this mission watch the initial skirmish as the Power Generators are destroyed. You’ll then be given an SCV with the Psi Emitter which can be used to recruit the local Zerg to your side. Recruit the Drones first and start building a base by the minerals and geyser.

The left side of the map has other Zerg that you can recruit including the powerful Hunter Killers, the Torrasque and the Devouring Ones.

There are two easy expansions that you can almost immediately set up new Zerg Hives. One half-way up the map on the left and the other directly across the map on the right side.

The fastest way to complete this mission is to recruit the hero units and then start building Overlords. Upgrade the Hatcheries to Lairs and give the Overlords the Transportation and Speed upgrades. Transport your hero units across to the right side of the map, up to the north and then directly across to the Psi Disruptor. You may need around 20 Overlords to make sure the ones carrying the units survive. Drop them down near the Psi Disruptor and destroy it.

A slower, but perhaps safer, approach is to build up an army of Hydralisks. Send them north and slowing push through the Terran base to the Psi Disruptor. Once you get close you can just ignore all other enemy units and buildings and rush straight for the Disruptor. Once it’s been destroyed the mission will be complete. 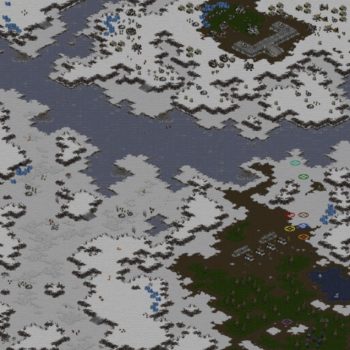