After speaking with Corinne in Novigrad Dreaming you’ll find out that Dandelion has inherited a brother, the Rosemary and Thyme. Make your way to the building and you’ll arrive just in time to see Zoltan kicking out a few unruly guests. Four more will arrive and you’ll help Zoltan get rid of them.

Talk to Zoltan and he’ll tell you the bad news, Dandelion has gone missing and he has no idea what’s happened to him. The first thing you need to do is look around for clues. There are a few things you can find but the only item you need is the Planner near to the door where the unruly men entered. 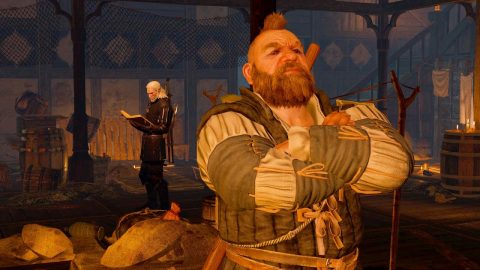 Speak wtih Zoltan and he’ll tell you that Dandelion had been meeting a lot of women. He decides to split the list in half and gives you half of the women to track down. Talk to Zoltan about each of the women on the list for more information. 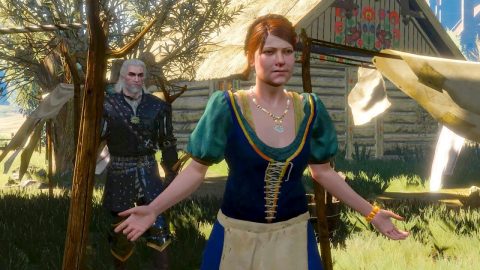 Once the thugs are gone you’ll have a chance to ask Vespula about Dandelion. She saw him with a woman at the harbour and so she threw him out. He had also been asking about the washerwomen at the bathhouse. 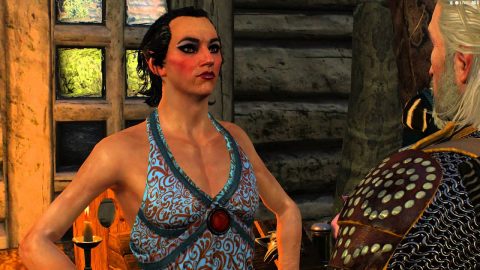 Elihal is an elven tailor and isn’t quite what Geralt was expecting. Elihal met Dandelion when he came in to have some tailoring done and said he was interested in finding Kalkstein. Elihal doesn’t know what has happened to Dandelion after that and unfortunately it’s thought that Kalkstein was killed on one of the pyres. 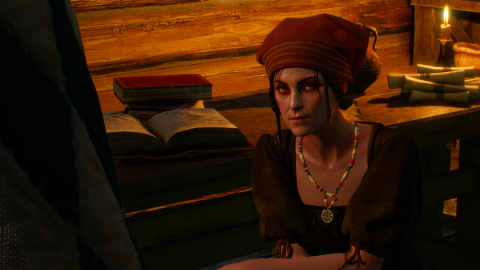 Marabella is a teacher in a small school and when you enter the class you’ll told to wait outside until the class ends. Afterwards you can ask her about Dandelion. She says that he was interested in mold. Apparently more interested in mold then her so they parted ways. 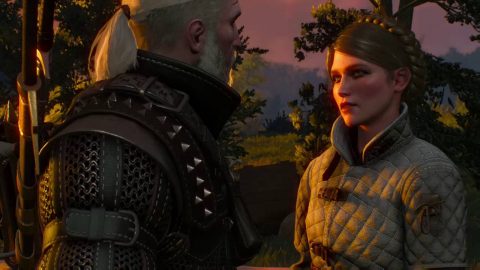 Rosa var Attre is in the Gildorf district of Novigrad in a luxurious manor with Nilfgaardian soldiers out the front. To get into the estate you can either talk to the guards and pretend to be the new swordplay instructor or sneak in around the back. You’ll need to follow the wall around the cliff until you find a break in the wall so you can climb into the gardens. Walk around the right side of the manor and Rosa will find you. She’ll tell the guard you’re her new swordplay instructor.

However you get in you’ll be asked to grab a Wooden Sword and taken down to the training room where Rosa will challenge you to a fight. She has decent skills but will give up once you have her down to half health. You can then talk to her about Dandelion for a bit before she challenges you to another duel. This time you’ll need to take her health all the way down.

Afterwards, if you defeated her twice, she’ll ask you to give her lessons. If you agree this begins the Fencing Lessons quest.

Rosa’s twin sister will appear and a discussion will start about Dandelion. He apparently asked them about Margrave Henckel and spoke of a lady named Callonetta. 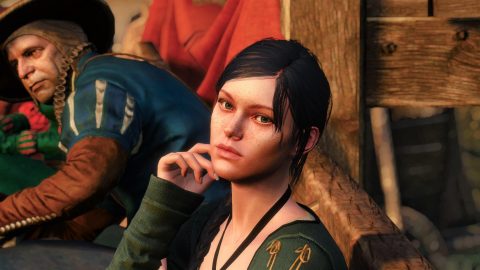 If you spared Aryan in Witcher 2 than Maria will welcome you and go with you to the Vegelbud Residence where Molly is staying. If you killed Aryan then Maria will spurn you and head back inside. Morvran will tell you that Molly no longer works there but that she can be found at the horse races on the Vegelbud estate.

Whether you go with Maria or not once you reach the Vegelbud Residence you can join in the races. If you win you’ll be given the Superior Racing Saddle as a reward. Molly will then appear and you can question her about Dandelion.

Molly will tell you that she hasn’t seen Dandelion for a while but that last time she say him he was asking to borrow coin for a barge. She also mentions that he was seen with a blonde-haired woman that she thinks is his sister.

Once you’ve spoken to everyone on the list return to Zoltan to compare notes. He hasn’t learnt much but once you tell him the descriptions of the woman he was with he’ll conclude it must be Priscilla. Luckily she’s in Novigrad and about to perform at The Kingfisher Inn.

After sundown make your way to The Kingfisher Inn and watch the entrancing performance by Priscilla.

After the show woman will try to start an altercation with Geralt. Priscilla will step in and take Geralt aside. Head back to her room and she’ll reveal that Dandelion was involved in a heist of the treasure of Sigi Reuven, one of Novigrad’s crime lords.

Dandelion was apparently chased by Whoreson Junior’s gang and hasn’t been heard from since. The only thing to do is to find out all you can from Sigi Reuven and Whoreson Junior.