During the Broken Flowers quest you’ll have a chance to fence with Rosa var Attre. Afterwards she’ll ask you to give her fencing lessons.

The next day come back to the Var Attre Villa and tell the Captain of the Guard that you’re “Due to meet Rosa”. He’ll tell you that she’s gone to the Temple Bridge and asked to meet you there. 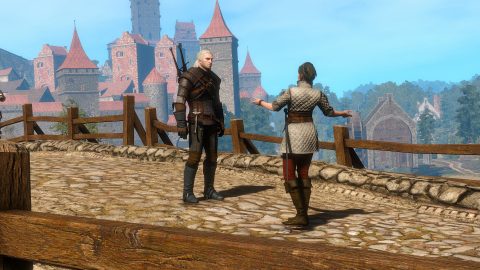 After the fight Rosa will trick you into looking away and then run off. Use your Witcher senses to track her down. You’ll follow the tracks to the Seven Cats Inn where Rosa is being harassed by two drunkards.

You can either diffuse the situation by using Axi, pay them off with 50 Crowns or fight them. Afterwards Geralt will have a word with Rosa about the drunks and then she’ll leave.