Run down the corridor, kill a Bat, and make your way past the two swinging blades. Kill the Bats on the other side and then before running down the stairs look up towards the roof. You’ll see a Star. Use your Revolver with Laser Sight to shoot it. 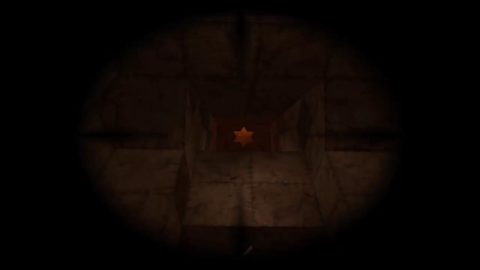 This opens a trapdoor in the metal basin down below. Run down the stairs and kill the 2 Mummies with Explosive Arrows or Grenades. Kill the Bats also and then pick up the Revolver Ammo from behind the metal basin.

Stand on the step near to one of the corners of the metal basin and take a standing jump to land inside. Drop down through the trapdoor to a tunnel that leads to a swinging rope. If you drop you’ll land on the spike below so make sure you line up your jumps accurately.

Shoot the Guardian while jumping left and right to avoid his attacks and then use the Crowbar to take the Western Shaft Key from the wall.

Drop back down the hole and swing back over the two pits. Climb back up the hole into the metal basin and jump out. Run up the stairs and go through the passage on the right that just opened up.

Slide down, use a Flare and crawl around the passage to the right. Blades will slice just over your head. Continuing running up the passage and jump up to grab the trapdoor handle at the end. Climb out back to the sandy desert. There are two small pyramids here. 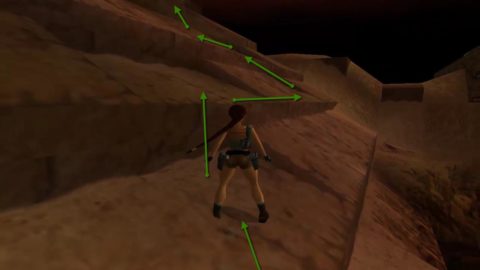 Drop backwards and climb down the ladder into the pyramid. Run along the passage until you come to a pit. Take a running jump across it to the other side.

Jump up to grab the handholds in the roof and monkey swing across the next passage. When you get to the next pit you’ll need to time your running jump across to also avoid the swinging blade. Grab onto the other side and pull up.

Around the next corner is another pit with swinging blade. Make your way across this one and then continue once more across the third pit. Run around the corner and pull the Chain to open a gate that leads to the level exit.

Jump back across the last pit and turn to face the passage to the right. Jump up to grab the handholds and monkey swing down the passage. Drop down the other side and go through the gate you just opened.

Climb up to the ledge and slide down into the hole. Run through the underground passage to go back to the Sphinx Complex.

Climb up the wall to the ground level and run to the excavation pit on the right. Stand on the far left side of it and take a running jump across to the other side. Use The Guard’s Keys to open the doors on the left and go through to end the level.