You approach this level from the northern path leading away from the Chambers of Tulun level. By the time you get here you should already have the Nitrous Oxide Canister from the Citadel Gate level.

Drive ahead to the platform with columns and dismount so you can pick up the Uzi clips. Walk towards the palm tree on the right (east) and go through the door behind it. You’ll come to a narrow, sandy street.

Walk to the left and follow the street around until you see some white columns on a building to the right. Behind the first one a Soldier is hiding.  Kill him and then stop before you reach the t-junction. A Machine Gun is mounted down the street on the right. It won’t be able to spot you if you hug close to the building opposite.

On the sand hill to the left you’ll find a Large Medipak and Uzi Clips. Walk down the street towards the Machine Gun, hugging the wall on the left until you reach the room where the gun is mounted.

Quickly dash behind the wall of sandbags and crouch down. crawl around to the right and stand up so you can look through the window. 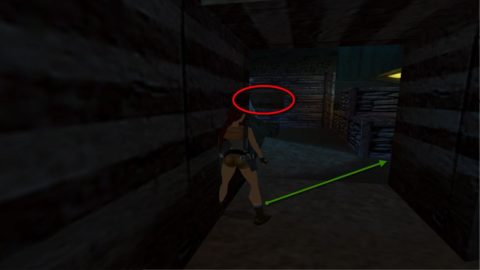 With the Laser Sight attached to the Revolver target the fuel tank of the Machine Gun and shoot it to make it explode. Climb onto the sandbags that you just crawled around and up onto the panels with lights for Super Grenades.

Drop down and climb onto the sandbags on the other wall and then climb into the entrance to the passageway. Drop down the hole and walk through the passage until you find a crawlway on the left. If you continue walking straight ahead you’ll be set on fire by a Mounted Flame Thrower.

Crawl through the crawlway, trying to avoid the steam vents and get out the other side. Take down the Soldier as quickly as you can. He drops a Small Medipak. Shoot the crate for Shotgun Shells (Wide).

On the right side of this room as you enter there’s a hole in the roof. Climb up on the left side, turn around and shoot the fuel tank of the Mounted Flame Thrower. There’s a Soldier you can see from here but he’s very difficult to hit.

Drop down and crawl through the passage with steam vents. Run around to the left and kill the Soldier. Run under the wrecked Jeep and at the end crawl through the crawlway to the right. Avoid the steam vents once more and pick up the Weapon Code Key. While you’re holding this the mounted turrets won’t shoot at you.

Crawl back out, walk straight ahead and jump up to grab the crevice. Traverse around to the opposite side and drop down. 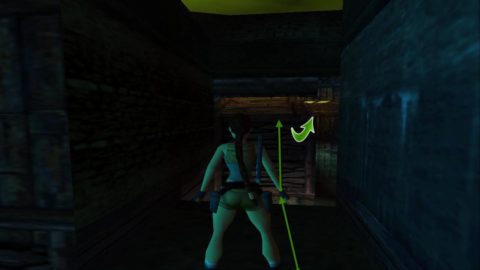 Use the Crowbar on the engine to find a Valve Pipe. Combine this with the Nitrous Oxide Cannister to make a Nitrous Oxide Feeder. In the room to the right you can shoot the wooden crate for a Large Medipak.

Go back to the pit and traverse across the crevice to the side you came from. Backtrack all the way to the beginning of the level where you left your bike. Stand beside your back as if you’re about to get on and press the ‘Esc’. Use the Nitrous Oxide Feeder on the bike and now you can use the ‘Sprint’ key for a speed boost.

Drive back through the sandy street you came from to return to the Chambers of Tulun.

Next: Return to the Chambers of Tulun