The first two levels are training levels. You’ll be with a mentor who will give you instructions every step of the way. There are 8 Golden Skulls to find and finding all of them will give you access to the longest course for the next level. Just ahead and to the left you’ll find the first Golden Skull. 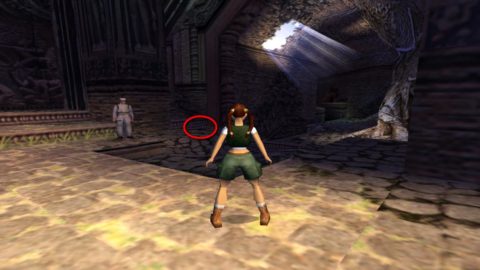 Follow the mentor down the stairs and at the bottom wait for him to release the spike trap. Follow the mentor to the small gap and go down the left or right side. Just where the gap is you’ll find the second Golden Skull. 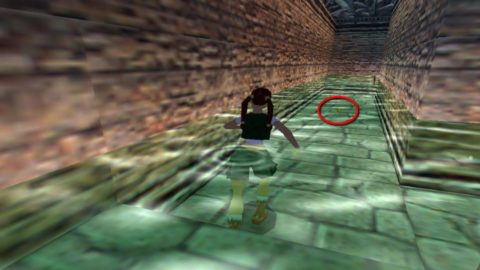 Run back up and jump over to the gap. Follow the mentor up to the tree trunk and wait for him to kill the Boar. When he’s finished follow him up to the next area with the fountains and the gaps. Don’t worry about jumping the gaps for now, just drop down and run to the end. At the end to the right you’ll find the third Golden Skull. 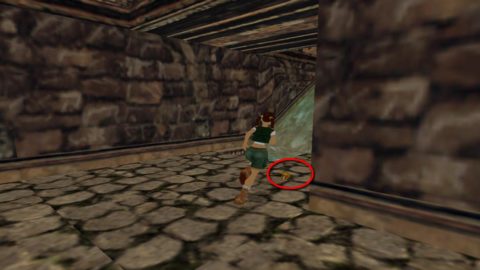 Run back up the ramp to the mentor and follow him over the gaps to the other side. Jump up to the crevice and traverse across to the right until you can pull up. Continue around the corridors and safety drop down to the pool area. Dive into the pool and pick up the fourth Golden Skull from the bottom. 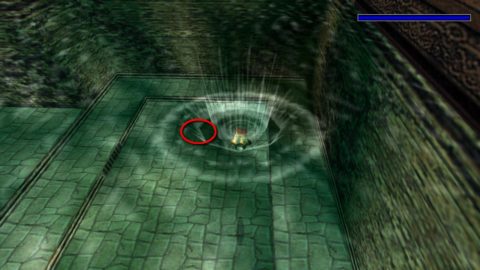 Go through the underwater passage just to the right of the fountain for a Large Midpak and a Small Medipak. Leave the tunnel, swim around to the other side of the fountain and pull up onto the ledge. Pull the Lever to lower the bridge and let the mentor across.

Follow the mentor through the door and climb up the ladder. Pull the Lever up the top to lower a gate and drop back down. Run up the stairs and monkey swing across the gap. Continue through the passage to an open courtyard.

Run around to the right, and right again to the back of the building to pick up the fifth Golden Skull. 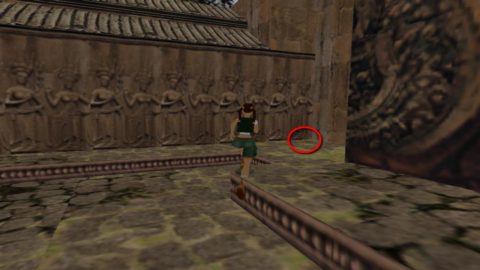 The mentor will follow you out and kill another 2 Boars. Follow the mentor into the next building and run down the stairs. You’ll come to another building with two statues and a gong at the entrance. Enter and run around to the right for the sixth Golden Skull. 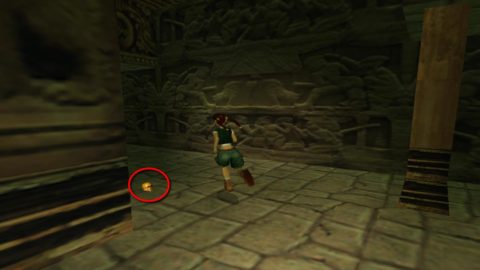 Stay around the edges to avoid the spikes and the mentor will stop at a large circular door. Crawl through the small crawlspace to the left of the door. Follow the passage around to the left for the seventh Golden Skull and then go back and take the other path to a small room where Lara will find a Backpack.

Pull the Lever to open the large circular door and then crawl back out to the mentor. Run down the stairs and then sprint through the dart traps. You can practice the sprint and roll technique here because you’ll need it in later levels.

As you come up the stairs the last Golden Statue is behind the railing to the right. 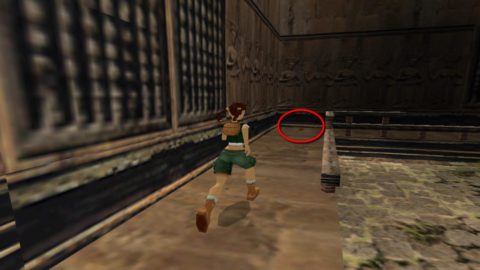 As you enter head towards the left wall. There’s a small crawlspace in the corner. The mentor will guide you on how to enter these small tunnels. Crawl around to the ledge and then take a running jump to the rope. Use the sprint key to swing the rope and then press jump when you’re at the peak to make it across to the other side. 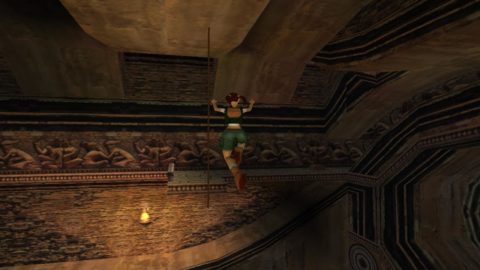 Pull the Lever to open the large circular door. Drop down and run through the tunnel to end the level.