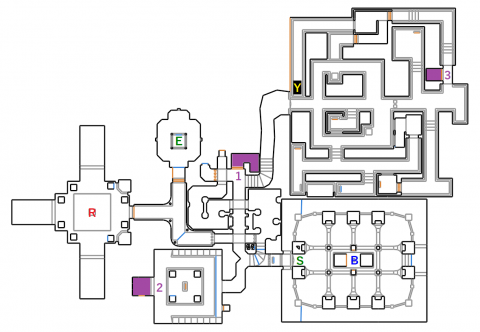 From the Start clear out the room, including the Imps on the walkway around the edges. From the edges you can look towards the center and shoot the Buttons. One Button lowers down the Blue Key and the other spawns in Cacodemons. 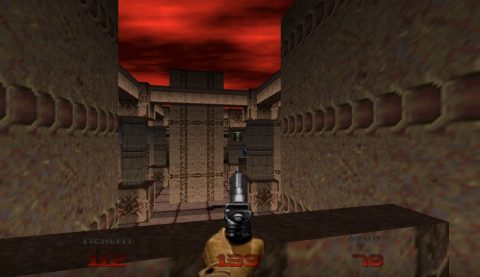 Press the Button on the western side to open the Blue Door. At the intersection go to the right and open the wall at the end of the corridor for Secret #1. Inside you’ll find a Supercharge and Baron of Hell.

Head back the other way and drop down to the square room. Kill the Hell Knights and Imps then press the Button in the center. This opens up a small room at the top of the stairs with Mega Armor. Grab it and then head back down to Secret #2 which has also opened up. 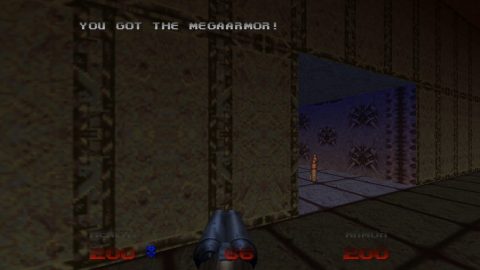 Leave the room and take the stairs on the right that have just appeared. Follow the path around to the end and press the Button. This opens up another passageway just before the stairs. Follow it around to a Yellow Door and turn left. Open the door to a square room with a pit in the center.

First kill the Hell Knights in the small corner rooms and then drop down into the pit for the Red Key. When you grab it side corridors will open, releasing dozens of Demons. Kill them and then grab the Health Bonuses from the side corridors if you wish.

Go back the way you came and head down the stairs. go right and open the Red Bars. Press the Button to open up stairs opposite the red bars. Go up the stairs and you’ll be taken to a maze-like outside area.

Clear out the enemies and then head up the steps on the right. Press the Button to lower the bars blocking access to the area further east.

Make your way to the right (south) and go through the door. Press the Button to open up a passage further to the north. Before you go through press the Button up the stairs just to the left of the passage that opened. This opens up Secret #3 with the BFG. It’s only open for a few seconds so you’ll need to run quickly to reach it.

Follow the passage around to the Yellow Key and press the Button to grab it. 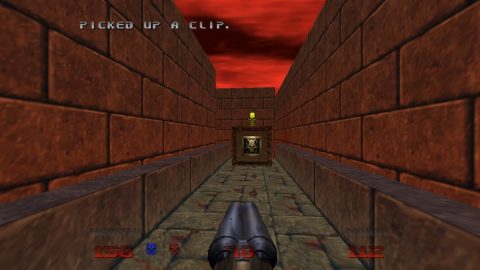 To get to the Mega Sphere go back the way you came and go through the fake wall to the south just before the door. Open the next door and then dash across the gap for the Mega Sphere. 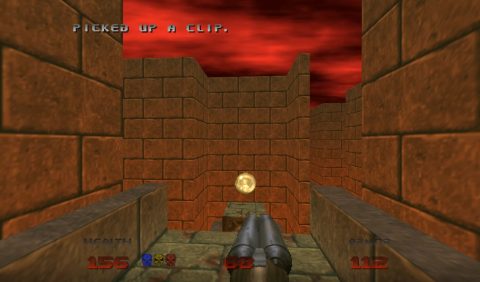 Go back to the entrance of this area and make your way back to the Yellow Door. Take the lift down, kill the Nightmare Imps and drop into the pit in the center to complete the level.