When you reach the Hangman’s Alley signpost you’ll run into a Lynch Mob ready to hang a Nilfgaardian deserter. You can either walk away and leave him to his fate or intervene on his behalf. 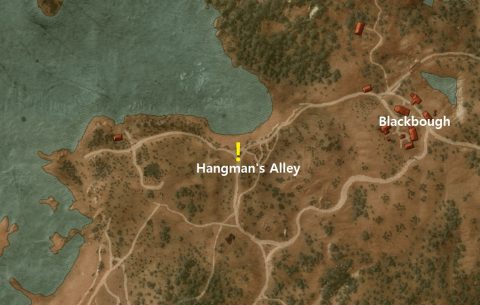 If you attempt to intervene the mob will not listen to reason and will end in a fight. Kill the peasants and the soldier will be grateful. He had deserted the army to return to his wife and daughter. If you let the peasants hang him you can search his body to find a Letter from his wife.