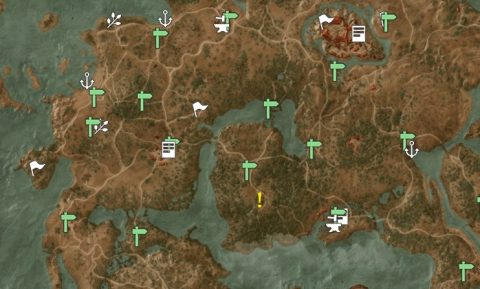 In the woods to the west of Oreton you’ll find a ruin with two peasants arguing. Talk to them to find out they are making an offering to their god called Allgod who has cursed them. To begin the quest agree to intercede on their behalf.

To complete this quest you will need the Eye of Nehaleni from Keira Metz. She’ll give it to you during the Wandering in the Dark quest.

Approach the statue and talk with the god. It doesn’t sound like a real god. Perhaps the voice is coming from underground? Use your Witcher senses to notice a crack in the wall and a bottle that smells of vinegar. Follow the trail to behind the wall and use the Eye of Nehaleni to dispel the illusion. This reveals a staircase down to a cellar.

Walk down into the cellar to find the “god”. It’s really a Sylvan who’s pretending to be a god so the peasants will give him food. 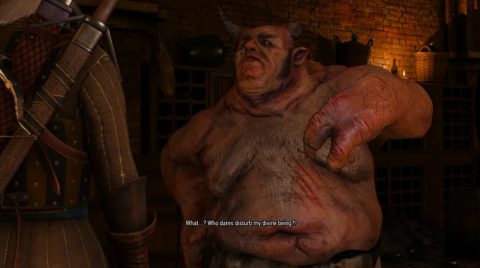 Before you leave you have the option of mentioning the existence of the cellar to the peasants. If you mention it the cellar will be covered over in rubble later in the game.