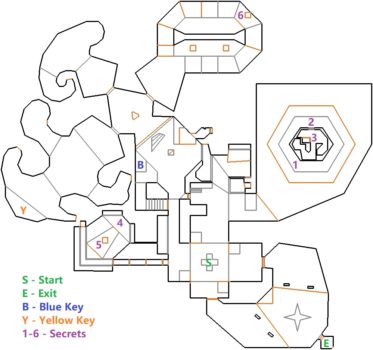 You start the level down in a pit with lifts on every side. Take the lift that’s just in front of you and slightly to the left.  This is the lift to the north. When you get up the top take out the surrounding enemies. Walk to the north and take out the Shotgun Guys and Imps on both of the platforms.

Press the Switch opposite the second platform to raise up a small wall. Lower the platform the Imps where on which is actually a lift. 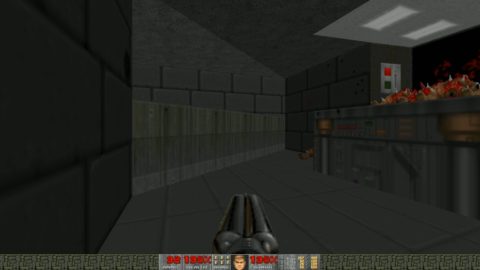 Hit the Switch to lower down the black wall and reveal a Beserk pack. Dash across to the wall you lifted up and then make your way around to the left to a large courtyard.

Do a couple of laps to try to get the groups of monsters to fight with each other. I take out the two Mancubus along the way because they’re far too dangerous. Once the coast is clear slowly edge towards the pit in the center. The central platform will lower. Dash across to it for Secret 1. 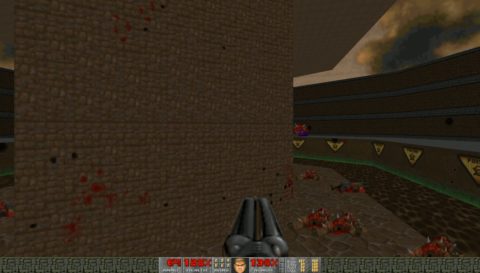 Walk around until you see a door. Open it and go inside for Secret 2. Clear out the Imps and Lost Souls and then open the wall with lights at the bottom. This is Secret 3 and inside you’ll find a Lost Soul guarding a BFG.

Make your way back the way you came. A room has opened up with Imps. Take them out and get near the Switch but don’t press on it yet. Quickly run back to the courtyard and take out the Mancubus. Now press the Switch and get ready with the BFG to take out a Pain Elemental along with some other enemies behind you. 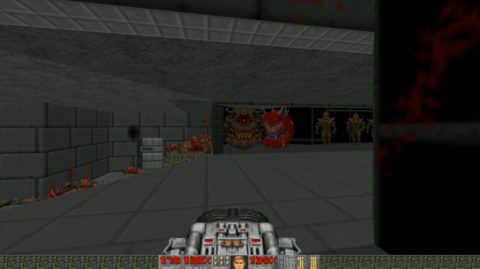 Press the Switch that was revealed to open up a window the room with the Blue Key. There’s a Hell knight on a ledge and a few Imps on the platform with the key. Take out the Hell Knight and dash across to the ledge he was standing on. Hit the Switch to raise up steps to this ledge. Make sure you take out the two Pain Elementals that spot you from a higher walkway.

When you walk off the ledge the platform with the Blue Key will lower. Stepping over the blue circle on the ground lifts up some other steps which you’ll need later. Run up and grab it the key and ride the platform to the top. Dash across to the walkway with the Green Armor and head up the steps. We’ll take a detour for a few secrets before continuing to the end of the level.

Turn to the right. This corridor leads back to the central pit. Get close to the skull on the wall and it will open it up. Follow the thin corridor around, taking out the Lost Souls as you go. At the end pick up the Supercharge and hit the Switch. A room will open up with a Plasma Gun in the center. 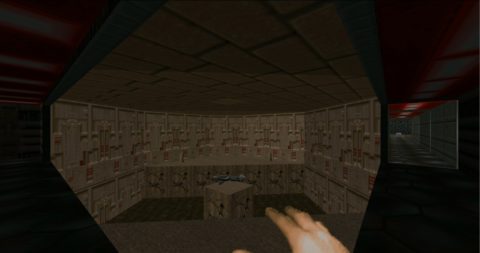 Creep towards the ledge and a platform will lift up in the center. Grab the Plasma Gun and get ready with the Rocket Launcher to take out the Shotgun Guys behind a wall that lifts up. Turn around and walk backwards. The wall on the far wall will lift up revealing a dozen or so Chaingunners. 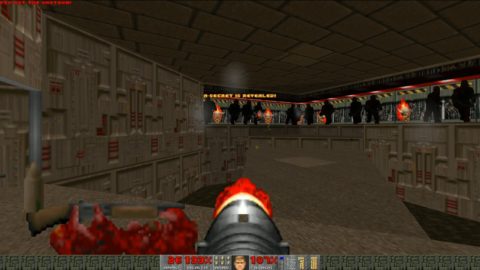 Use the Rocket Launcher or BFG to take them out quickly. This room includes Secret 4 for lifting up the central platform and Secret 5 for grabbing the Plasma Gun.

Make your way back the way you came. As you come out to the central pit you’ll be attacked by a dozen or more Chaingunners, Imps and Zombiemen. Take them out and then head to the platform where you killed the Hell knight. Open the Blue Door and hit the Switch behind it. A wall will lift up behind you.

Go through to a room with a pedestal with three Switches. Each of them opens up the wall behind it. Start with the wall on the left.

Take out the Pain Elementals and as many as the Imps as you can. This chamber features four platforms, each with a Button that lowers the next one. The central platform has the Yellow Key. 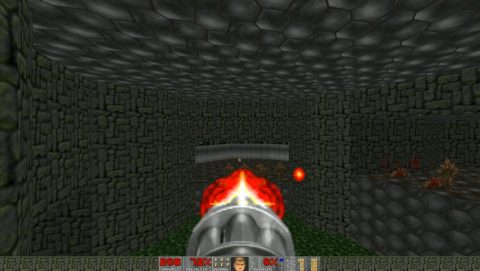 As you’re dropping back to return to the platform where you began make sure you pick up the Radiation Suit at the bottom. Head back to the Switch and open the next wall along, the central wall.

Quickly take out the two Pain Elementals and explore the slime area for a Backpack and a Map. Hit the Switch to open up the exit.

Now open up the last wall and get ready for a difficult area. Take out the Lost Souls first and then head up the large steps. Each of the steps lowers when you stand on the one before it. To lower a step again slowly edge backwards until it drops down. What makes this so difficult is the number of enemies on each of the steps.

Once you’ve cleared out the area drop down the last step and pick up the Mega Armour and Soul Sphere for Secret 6. Head into the teleporter to be taken back.

Now that you have the Yellow Key you can make your way to the Exit. Head back to the central pit and find one of the two Yellow Doors. Two of the lifts around the pit lead to them on different levels.

There’s some tough enemies behind the Yellow Doors including Mancubus and Pain Elementals. Take them out and then kill the four Specters in the dark pit with the star. Open the door and hit the Button to complete the level.