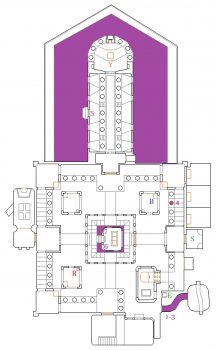 Paradox is a very tricky map that mostly centers around an inner fort. Your first task will be to take out the enemies in the surrounding passages while conserving as much ammo as you can.

Paradox is a very tricky map that mostly centers around an inner fort. Your first task will be to take out the enemies in the surrounding passages while conserving as much ammo as you can.

When you start the level grab the Shotgun and Shells and open the door. Take out the two Specters and make your way around to the left. There is a Mancubus in the building to the left but he can’t shoot you through the barred window.

Head into the building, up the stairs and through the door. Safely take out as many Imps and Shotgun Guys as you can then grab the Super Shotgun and return to the start of the level. 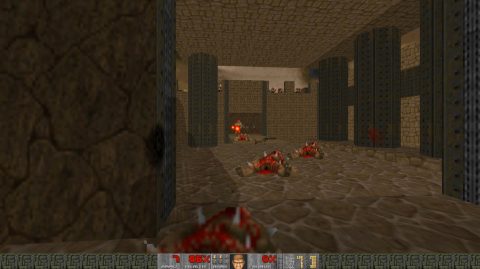 Now make your way around to the right. In the corner you’ll need to take out another Mancubus. Continue around the outskirts until you find the Backpack. 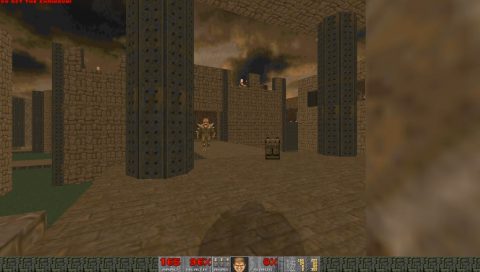 Do a full lap around the fort and take out as many of the smaller enemies as you can. Leave the Revenants for now until you get the Rocket Launcher.

If you need health go through the illusionary wall in the south east corner of the map. This is Secret 1, Secret 2 and Secret 3. Inside you’ll find a MegaSphere guarded by an Arch Vile. 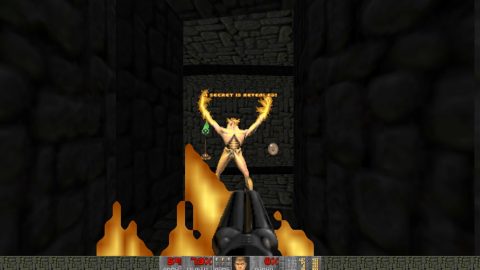 Now you should have enough health and ammo to clear the central fort. You won’t be able to reach the three teleporters in the middle because the barrier is still up. When you’re done exploring make your way to the door on the northern side of the map.

Take out the Revenant and Chaingunners, pick up the Rocket Launcher and head down one of the sides of the hallway. Watch out for the Chaingunners expertly placed behind the pillars.

The outside area is Secret 4 on the map. Head around to the end of the building where you’ll find a BFG.

If you haven’t done so already grab the Yellow Key from the end of the hallway. Imps and a Baron of Hell will spawn in so get ready for a fight.

If you need more health return to the four pillars on the eastern side. Press on the third one from the south and it will lower down, revealing a SoulSphere. This is Secret 5. 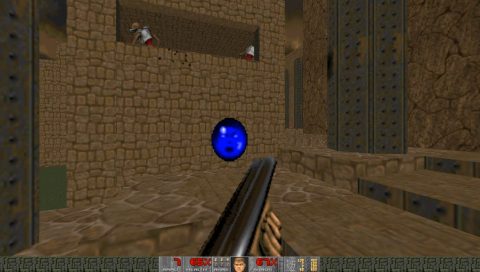 Now that you have the Rocket Launcher you can start targeting the Revenants in the small towers.

One the western side of the map you’ll find the Yellow Door. Go through and take out the enemies but watch out for the Arachnotron and Baron of Hell. There’s also a Chaingunner hiding in the cage to the left.

Press the Button at the end of the room to lower the barrier in the fort. Climb up the fort and pick up the Plasma Gun.

For the final secrets make your way back to the central fort. When facing the teleports open the wall in the right corner. This takes you to the outside ledge which is Secret 6. Carefully make your way all the way around to the other side for Secret 7. The wall ahead lowers. You can ride the lift up to pick up the ammo from the Shotgun Guys.

Now that you have all three keys make your way to the building in the south-east corner of the map with the three bars. Open the bars and lower the elevator. A Revenant will come running out.

Ride the lift up and take out one final enemy, a Pain Elemental. Dash across to the Exit and press the Button to complete the level.