To the east of Rannvaig you’ll come across 3 Clan Drummond Bandits banging on the door of a hut. When you get close the Bandits will attack and you’ll be forced to kill them off. 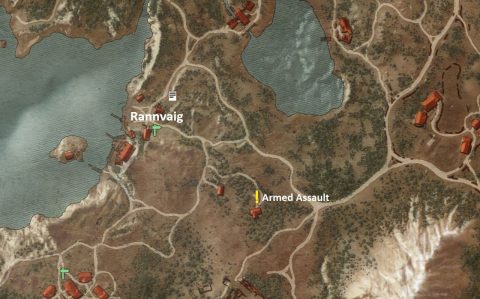 Loot one of the bodies to find Lugo’s Letter, claiming the man in the hut took more than his fair share during a recent raid. Knock on the door to talk to the man. He tells you he’ll ask for help from the Jarl but that Geralt should keep a low profile or Lugo won’t be happy with him.