The Sad Tale of the Grossbart Brothers

Near the signpost in Blandare you’ll come across a man called Djenge Frett. He calls out to when you get close and tells you the tale of the Grossbart Brothers. A trio of brothers terrorizing the land. 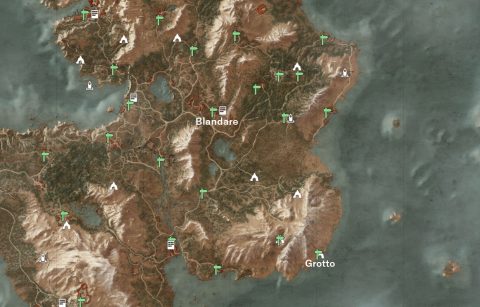 If you haven’t run into the brothers yet make your way to the Grotto on the southeast coast and enter the cave. Here you’ll meet Djenge again. He’ll ask if you want to team up together to take out the brothers. If you don’t agree the quest will fail.

Continue further into the cave until you come across the Grossbart Brothers. Kill them all while keeping Djenge alive. If he gets killed the quest will fail. Once the brothers are dead talk to Djenge again for your reward of 50 Crowns.