Along the Kaer Trolde Harbor you’ll find a man named Johann Bohner who asks you for a loan. He tells you he was shipwreked and has no money for his trip back to Novigrad. 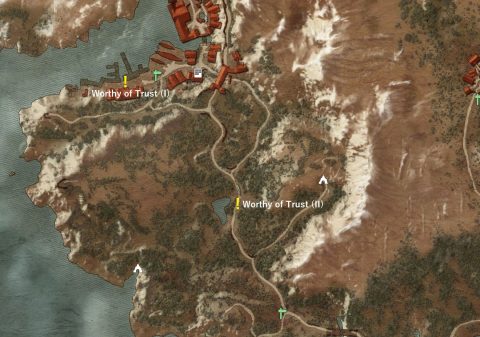 Johann promises to pay back the loan of 150 Crowns plus interest once you go and visit him back in Novigrad. A day later he’ll disappear from the harbor and show up again on the road to the Crossroads, posing as a Juggler.

When you confront him he’ll plead with you not to turn him in to the Jarl and promises to pay the money back with interest. He’ll give you 20 Crowns as a payment of good faith.

Once again if you let him go he’ll show up in the village of Fyresdal. This time when you talk to him he has the money and gives you 200 Crowns to repay the loan with interest.