This quest will not appear until Pyres of Novigrad has been completed. It is an unmarked quest that can be found in an alley just north of the Rosemary and Thyme. 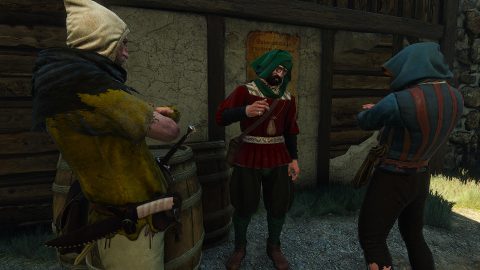 Down the alley you’ll find a couple of Bandits harassing a Merchant. When you talk to them they’ll try to get you to leave. You can do as they say or protect the Merchant by using Axii on the bandits or threatening them.

Regardless of whether you save the Merchant or not he can ve found later in Silverton. If you stepped in to protect him he’ll give you a small discount at his store. If not he’ll refuse to trade with you.