This is an unmarked quest that is activated when you come across the Redanian Soldiers and Refugees arguing. You’ll find them along a path by the river west of the Vegelbud Residence. 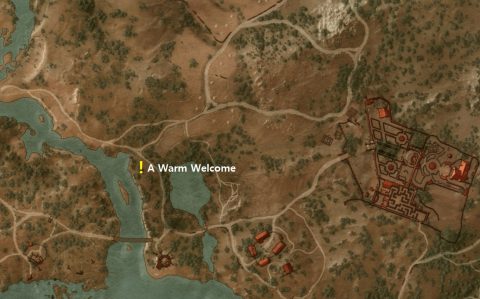 After helping the refugees they’ll tell you a rumor about a Heroe’s Tomb near Downwarren that is said to contain treasure.