This contract can be found by reading the Farcorners’ Notice Board. The notice will tell you to speak with Helma who you can find nearby. She’ll tell you about four men who tried to stop the White Lady but couldn’t do it. She’ll direct you to Drahim Castle which can be found just outside of Novigrad. 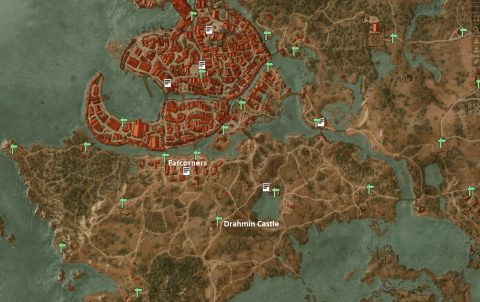 When you reach the castle you’ll find three bodies outside near a campfire. Helma said there where four men so where is the last body? Use your Witcher senses to fins some tracks. Follow them up to the castle where you’ll find a splatter of blood. They then lead down into the cellar. Follow the tracks down to find the fourth and final body.

Geralt will conclude that the monster is a Noonwriath. Go back and talk to Helma who tells you that it must be Luzi, a woman who committed suicide on her wedding day. She’ll give you the Dagger that Luzi used to kill herself.

Head back to the campfire at noon and interact with it for a short cutscene of the White Lady appearing. 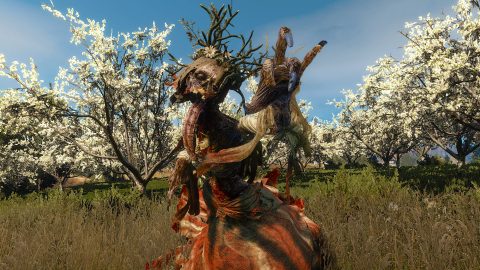 Cast Yrden to slow her down and kill her with the Silver Sword. Like other powerful Wraiths she’ll split off into three forms to heal herself back up to full. Kill off the clones before she can heal and then finish her off. Retrun to Helma for your reward.