After completing Cabaret return to Dandelion and talk to him. During the conversation a messenger from Vilmerius Hospital will come in and tell you that Priscilla has been attacked.

You and Dandelion will quickly head to the hospital where you’ll see Priscilla in an awful state. The doctor says she’s in a critical condition but should live. He also says that there are other victims in a similar state and that you should visit the morgue to see the other bodies.

Go with Joachim von Gratz through the sewers. You’ll need to fight off a few Drowners and a Water Hag along the way. Once you get to the morgue you’ll need to find the body of a Dwarf. Once you find it a cutscene will begin and you can examine the body. 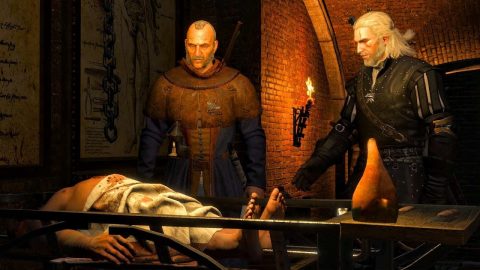 The Scene of the Crime

Use the map to make your way to the scene where you can search for clues. While you’re there a prostitute named Wendy will believe you’re the killer and get the peasants to attack. Once you’ve dealt with them talk to Wendy and assure her you’re searching for Priscilla’s attacker.

Searching the area you’ll discover that the attacker jumped over a high wall. It’s far too high for a Witcher to jump, let alone an ordinary human.

Make your way to the site where the Dwarf was murdered and knock on the door. The brother will let you in. Question him and then search the yard. Ask him to open the workshop and look around for more clues. 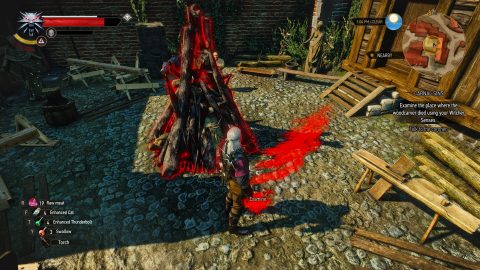 When you’re done head over to the Eustace, the corpse collector. Eustace doesn’t really care too much about the investigation but you can give him 200 Crowns or use Axii to get him to speak. He tells you that the Dwarf had a note inside of him with Priscilla’s name on it.

Make your way to the Coroner and look over the body of the next victim. Hubert will find a note with the name Patricia Vegelbud.

Quickly head over to the Vegelbud’s Residence in order to warn them. Ingrid Vegelbud will take you up to see her mother Patricia but when you get there she’ll be dead and the killer escaping. Try to chase him down but the Soldiers on the estate will think you’re the murderer and attack.

You’ll need to fight them off until a cutscene is triggered and Ingrid intervenes. Go back and examine Patricia’s body to find another note. This one says “Sweet Nettie of Crippled Kate’s”

Crippled Kate’s is a brothel in Glory Lane, a district in the southern part of Novigrad. Make your way there and quickly head up to the top room where you’ll find Sweet Nettie about to be tortured by the Reverend. No wonder he wanted to get rid of you.

Now to deal with Hubert. Make your way to the docks and enter the warehouse marked out on the map. After a short discussion you’ll find out Hubert is a Katakan (a Higher Vampire) and was killing people because they turned away from the Eternal Fire. 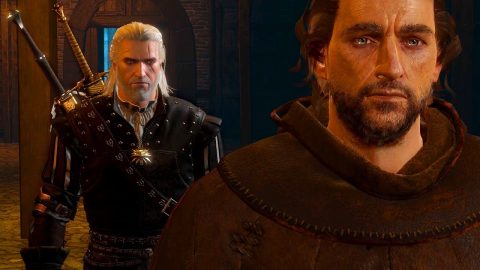 Kill him with your Silver Sword and Igni. Use Vampire Oil if you’re having difficulty with this fight.

Return to the hospital where you’ll find Dandelion still with Priscilla. She is expected to recover but it’s not known how badly her voice will be damaged. After the talk the quest will be complete.