If you’re interested in playing Gwent and collecting all of the cards then you’ll want to follow along with the optional quests below. Novigrad is a big city and you’ll find plenty of new and old Gwent players.

For this quest you must play three of the Innkeepers in Velen and Novigrad. There’s the Innkeep at the Inn at the Crossroads in Velen. He plays a Nilfgaardian deck and gives the Menno Coehoorn Gwent Card as a reward. 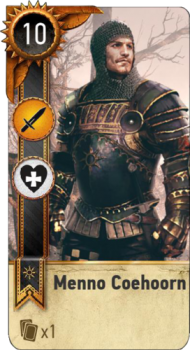 In Novigrad City at The Kingfisher you’ll find Olivier. He uses the Monster deck and gives you the Tibor Gwent Card once defeated. 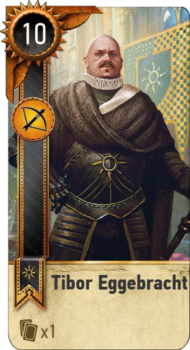 The final Gwent player for this quest is Stjepan at The Alchemy in Oxenfurt. He plays a Nilfgaardian deck and gives you the Yennefer Gwent Card once defeated. 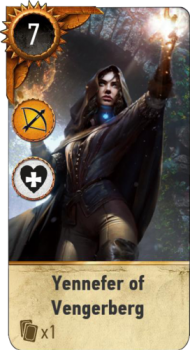 Once you’ve won all three unique cards the quest will be complete.

There are four high profile Gwent players to challenge in this quest. The first person you should seek out is Vimme Vivaldi. Not only does he play Gwent but he’ll convert all your foreign coin into Crowns.

Vivaldi will direct you to Marquise Serenity at the Passiflora and she in turn will tell you to play Sigi Reuven. If you follow along with the main quest you’ll eventually come across Sigi.

Once you defeat Sigi Reuven he’ll mention a Scoia’tael Merchant. Play the merchant and you should have all four cards for this quest, plus a new leader. The cards are Vesemir, Esterad Thyssen, Morvran Voorhis, Ciri and Francesca Dindabair: The Beautiful. 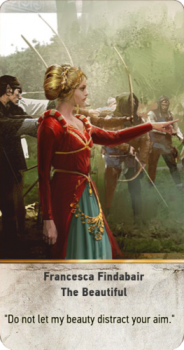 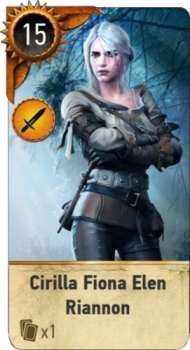 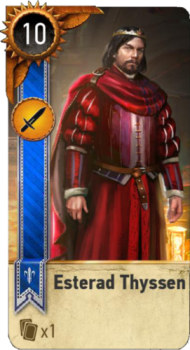 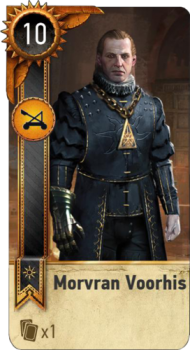 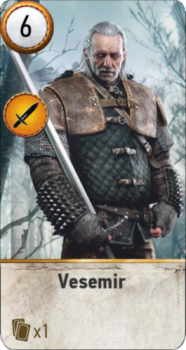 During the main quest Broken Flowers you’ll meet your old friend Zoltan. When you get the opportunity play a game of cards with him and you’ll get the Eithné Gwent Card. 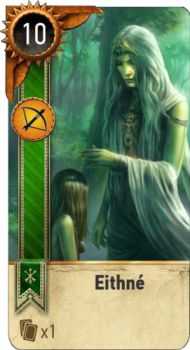 Zoltan will suggest you go and play Roche next. He can be found outside the side in the Temerian Hideout. Once you defeat him he’ll give you the powerful Saesenthessis Gwent Card. 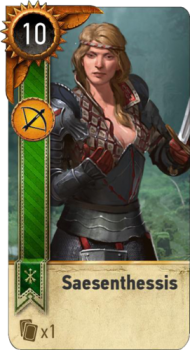 Depending on where you are in the main quests Roche will direct you to play Lambert or Thaler. You’ll may come across Lambert in Novigrad during the Following the Thread quest but he’ll also be back at Kaer Morhen in Act II. Once you defeat him he’ll give the Triss Merigold Gwent Card. 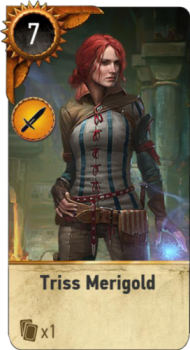 Thaler can be met during A Deadly Plot. After this has been completed he’ll spend his time in the Seven Cats Inn. Once you play him and win you’ll be given the Geralt of Rivia Gwent Card. 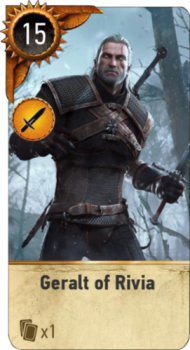