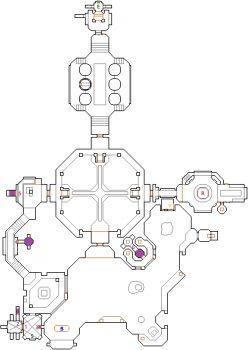 From the Start clear out the enemies and open the wall to the left behind the explosive barrels for Secret 1. Open the monitors in the first alcove to the right for Secret 2 and a Backpack.

Press on the crate just to the right of the Starting position to lift it up. This is Secret 3 and gives you access to the outside area but we’ll get to that later. You can snipe off a few enemies from here if you want.

Head along the corridor to the north and open one of the vents between the computer panels on the east side for Secret 4. Inside you’ll find Green Armor.

Continue north up the stairs and kill all the Gunners in the next room. Take the lift up and open the panel on the west side for Secret 5.

Drop down and open the door to the circular yard to the east. Run around the outer walkway and clear out the enemies before taking one of the lifts down to the slime pools.

This area is a hub location. You don’t have any keys yet so open the door to the south to the large outdoor area. 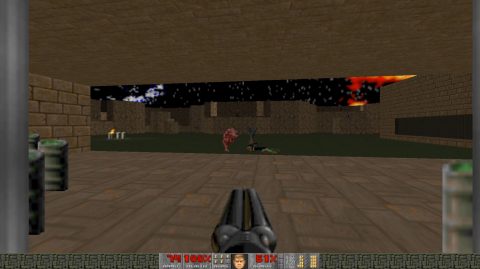 Try to clear out any Gunners on the upper ledges before finishing off the enemies on the ground. On the right side, near to the secret door from the start, you’ll find the Blue Key up on a rock platform. To get to it lower down the lift behind the rock pillar to the south east. Ride it up and drop down to the ledge. Take the teleporter to the right twice and then dash across to the Blue Key.

Drop down and make your way to the small building at the northern end of the outside area. Inside you’ll find a Revenant guarding the Yellow Key.

For the final Secret for this level ride the lift in the rock pillar up again and drop down to the ledge. Enter the right teleporter three times and you’ll end up in a small room. Open the panel on the wall to the left for Secret 6. 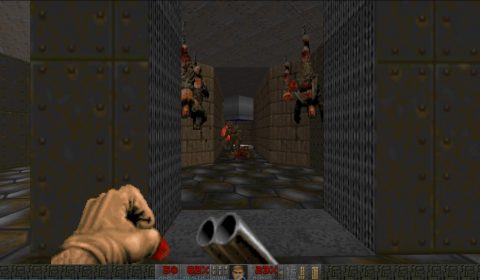 Follow the ledges around to a face symbol that you can lift up to find the Invulnerability sphere. You can use this to defeat the Cyberdemon who should have appeared back in the starting rooms.

Head back to the hub (slime yard) and take the Yellow Door to the east. Kill all the Gunners and pick up the Berserk pack just to the left of the door if you need the health.

Head up the stairs on either side, press the Switch to remove part of the central pillar and release a Pain Elemental. 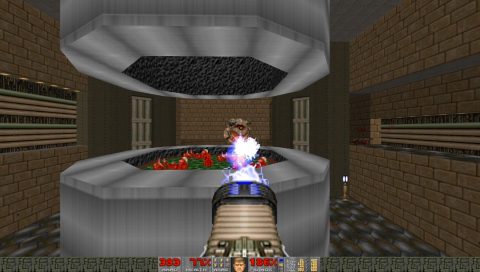 Press the Red Switch to open the door and clear out all the Gunners in the room beyond. Take the lift up and either dash for the Exit or grab the goodies, Light Visor and Computer Area Map and deal with the Barons of Hell that spawn in. Once you’re ready hit the Exit Switch to complete the level.