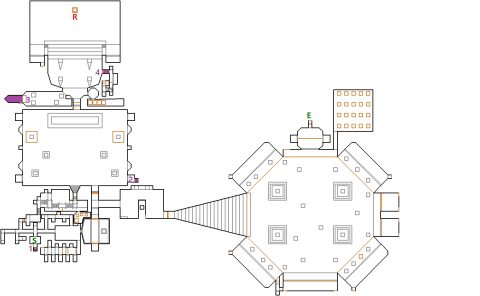 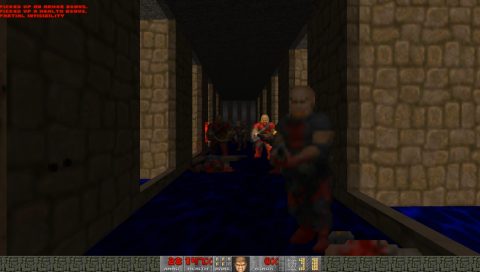 Press on the Banner at the end of the corridor to lower the bars so you can get back out. From the Start head to the left and right and then open the door.

Take out the Gunners and start to head up the stairs. After a few steps a Chaingunner will appear from a window behind you. Take him out and then continue up the stairs into a large room. Clear out all the enemies and then shoot the cage on the western side. This opens a small room in the south east corner which is Secret 2. Press the Switch in the small room to lower the alter to the north so you can grab the goodies.

When you’re done open the door the next large room to the north. Take out the Lost Souls and other enemies. When the room is clear press on the wall between the two lamps in the room to the south west. 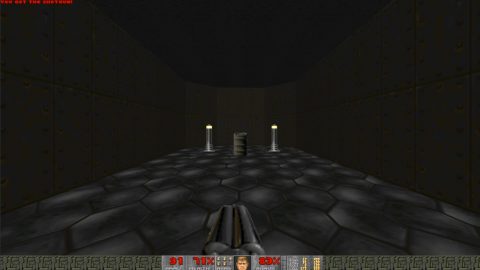 You’ll take a lift down to Secret 3 where you’ll find a Soul Sphere. Grab it and then hit the Switch to take the lift back up.

Hit the panel on the east side of the large room to find Secret 4. Run up the stairs and press the Switch at the top. This will lower the small wall on the north side of the room opening out to the water.

Head out to the water and grab the Red Key. The wall back to the main room will close and small rooms on the west and east side will open releasing a number of enemies. Hit the Switch on the west side to open the wall back into the large room.

Make your way back to the large room with cages and the altar and open the Red Door to the south. Follow the corridor around and take out the Gunners. Hit the Switch on the panel and then open the double doors. Run forwards down the stairs and shoot into the massive room. Many enemies will spawn in. 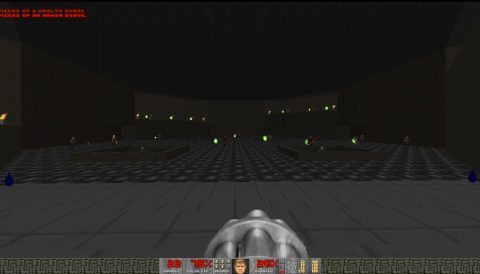 Quickly run back out again and wait for the enemies to gather near the stairs so you can take them out.

Hit the left Switch on the left (north west) corner to raise up a pillar. If you miss standing on it hit the Right Switch to lower it back down. Ride it up to the nearby ledge. The back wall of the ledge will open revealing more enemies.

Hit the Switch to lower a wall revealing another two Switches next to the next platform along. Do the same thing with the Switches to raise and lower the pillar so you can get up to the next higher ledge.