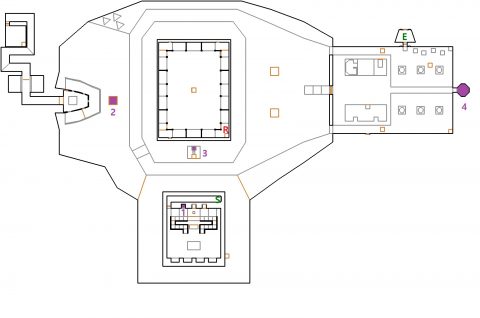 The first part of this level is quite chaotic. From the Starting corridor grab the Plasma Gun and open the door in the outer room. You’ll be attacked by a Baron of Hell and numerous other enemies. Take either of the steps up and clear out all the enemies. 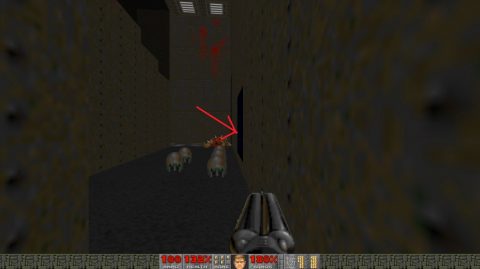 Head up the stairs and dash across the gap into the teleporter. You’ll be taken to the main outside area. It may take you a while to clear out the enemies around this and the other buildings.

Once you can move around without being shot at head to the building on the eastern side of the map. Use Rockets to take out the Chaingunners and Revenants. 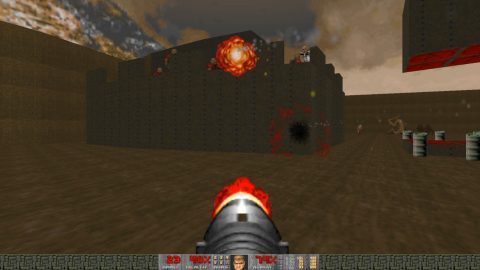 When you’re done go through one of the four teleporters in front of the building. This is Secret 2 and takes you to a room with 4 Lost Souls and a Pinky Demon. Take them out and then head through the door.

Make your way along the passage, taking out all the enemies along the way. Take the lift up to the interior of the building where you cleared out all the Chaingunners.

Press the Switch to lift up a bridge across the lava and then head outside to take out the Barons of Hell if you didn’t deal with them earlier. When you walk outside the platform with the Soul Sphere will lower for a few seconds so you can run back and pick it up.

Step forwards onto the teleporter and hit the Switch to be lowered down to the interior of the large building. There are enemies all around so it’s lucky you’re invulnerable. Take them out with rockets as fast as you can.

Going through the teleporter will take you to the steps of the building to the east but you may want to grab a Radiation Suit and explore the lava area before entering. 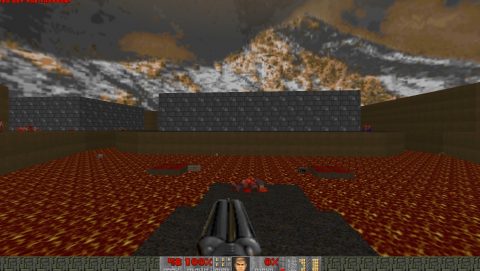 Open the Red Door to the eastern building and clear out the enemies. The exit is on the north side and is guarded by a Revenant but you can’t reach it yet.

Drop down to the lava on the right (south) side for a Radiation Suit and then hit the Switch. Lower the pillar and then go through the teleporter in the corner. The central rooms will have opened, releasing more enemies. Take them out and then open the tan colored wall on the north side of one of the rooms. Inside you’ll find a Radiation Suit.

Drop down to the lava on the north side. Go through the teleporter back up to the main platform. The room on the eastern side of the walkway will have opened, releasing a Baron of Hell. This is Secret 4 and contains a Soul Sphere. 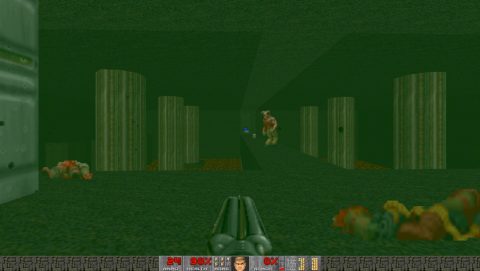 Now it’s time to head for the Exit. Go back across the walkway and through the teleporter in the side of one of the small rooms. This takes you to the pillars leading up to the exit. Carefully make your way across them in the white room and hit the Exit Switch.